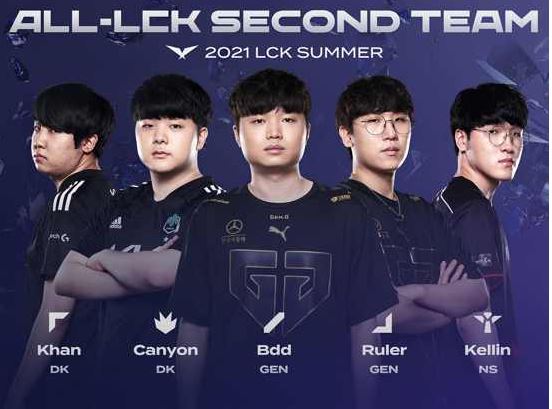 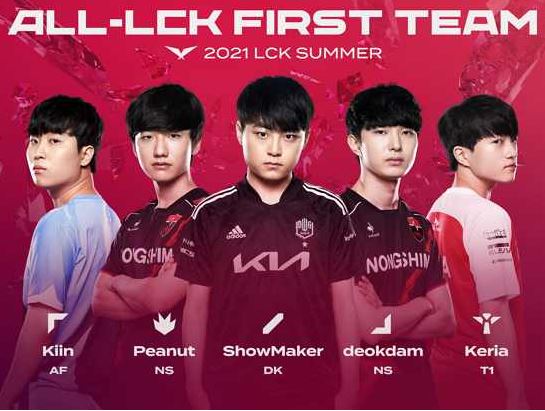 Riot Games announced winners of the 2021 LCK Awards including the Regular Season MVP, All-LCK Team, Rookie of the Year, Best Coach, and Player of the Split on the 7th.

The winners of the LCK Awards will be selected through a vote of about 40 people, including each team’s coach, representative players, domestic and overseas broadcasting staff, analysis desk cast, observers, and journalists.

Kim Dong-beom, the jungler of Live Sandbox, was selected as Rookie of the Year, a rookie that can only be received once in his life. Kim Dong-beom, who joined the Liv Sandbox this year, recorded 15-21 wins in the spring and 26-21 losses in all games in Summer, putting his team in the playoffs for the first time in two years.

Kim Tae-woo, the midliner of Nongshim Red Force, was selected for the Player of the Split. The Player of the Split is an award given to the player who wins the most Player of the Game (POG) points in every regular league match by 12 players. Kim Geon-bu, Damwon Kia’s “Canyon” Kim Gun-bu, Hanwha Life eSports’s “Chobi” Jung Ji-hoon, T1’s “Faker” Lee Sang-hyuk and Africa’s “Gi-gi” Kim Ki-in won the first spot as a main player with 1,100 points.