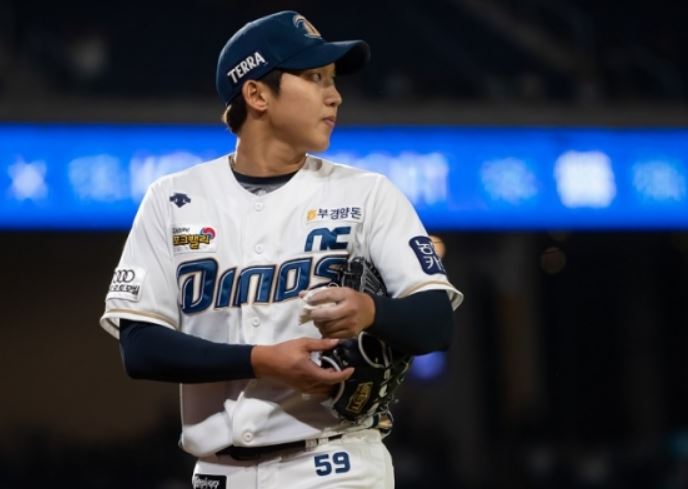 Koo Chang-mo, ‘pride for cutting teeth’, tries to recover his honor after overcoming the pain of the 2017 Japan War.

Koo Chang-mo (26, NC), a left-handed ace who showed a disappointing performance in the national team. Along with a large contract, he also got a second chance to mark the Taegeuk mark.

The Korea Baseball Organization (KBO) held a press conference on the 4th and unveiled the final 30 entries for the Korean national baseball team to compete in the 2023 World Baseball Classic (WBC).

With 15 pitchers selected, there were five left-handed pitchers. Koo Chang-mo is the player between Kim Kwang-hyun (35, SSG) and Yang Hyun-jong (35, KIA), who are traditional national team resources, and Kim Yoon-sik (23, LG) and Lee Eui-ri (21, KIA), who are rookies.

Koo Chang-mo has been expected to be the ace of the future national team. In particular, he began to be recognized as a complied starting resource as he recorded 10 wins, 7 losses, 1 hold, and a 3.20 ERA in 23 games in the 2019 season.

He then became a left-handed ace with nine wins, no losses, and a 1.74 ERA in 2020. However, he was unable to play in many games for a year and a half due to an injury that came from the second half of that year.

Koo Chang-mo, who tried to shake off the stigma of being a “glass body,” finally returned to the first division stage in May last year. Having endured to the end of the season without major injuries, he announced his revival with 11 wins, 5 losses, and a 2.10 ERA. He passed 100 innings in three years (1112이닝3 innings), and the rotation was also steadily performed except for skipping the August break.

Amid this performance, Koo signed a seven-year, 13.2 billion won extension contract with NC in December last year. Although he has not filled the prescribed innings yet, he has signed a large contract based on his performance so far.

He was also selected as a KBO All-Star to play on the Major League Baseball (MLB) World Tour, although it was canceled. Koo Chang-mo will also be included in the WBC entry based on the list and will be awarded the national team title.

In fact, this is not the first time Koo Chang-mo has participated in the national team. In 2017, when he was in his third year as a professional, he was selected for the Asian Professional Baseball Championship (APBC) national team. Although it was a tournament under the condition of being under the age of 24 and under the third year of professional career, he was selected as the only left-handed pitcher along with Ham Deok-ju (28, LG, then Doosan) and Shim Jae-min (29, KT).

Koo Chang-mo, who played 115 innings that year and was spotlighted as a starting resource, continued to lose no points in practice games. However, in his first qualifying game against Japan, he took the mound in the bottom of the sixth inning with a 4-1 lead, but as soon as he came up, he allowed a series of hits and two-run home runs in three pitches. In the end, South Korea, which allowed the chase, lost 7-8 after 10 extra innings.

Koo Chang-mo took the mound again in the final match against Japan three days later and allowed no runs in one inning. However, the score has already spread to 0-7, so it did not leave a deep impression. 안전공원

And after about five years and four months, Koo Chang-mo wore the Taegeuk mark again. He was selected for the first time as a first-tier national team without age restrictions. Koo Chang-mo will take the mound with a heavy responsibility amid expectations that he will be the new national left-hander to replace the Kim Kwang-hyun-Yang Hyun-jong duo.