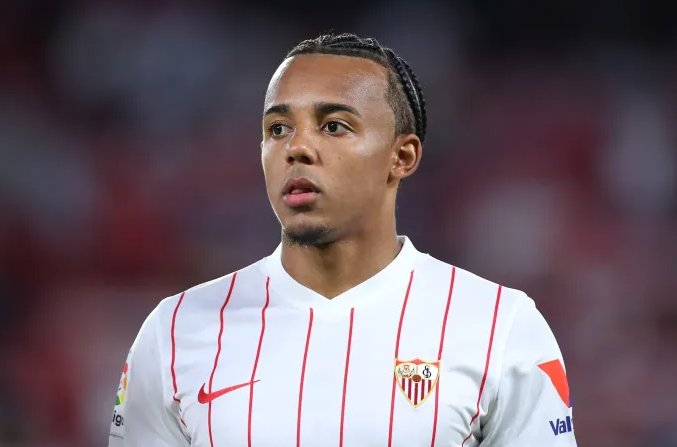 Seville’s Jules Koundé is more likely to head to Chelsea.

The British media Daily Mail reported on the 18th that “Chelsea will complete the contract with Koundé for £59 million with defenders leaving this summer.”

“Sevilla should recruit a replacement for Koundé. “We want to finish the negotiations quickly,” he said. “Chelsea have reached a verbal agreement with Koundé.

Chelsea announced on its official website earlier this month that “Chelsea confirms that a new group of owners led by Todd Bowery, Clear Lake Capital, Mark Walter and Hans-Jorg Wig have agreed to acquire the club.” As soon as the acquisition of the club is completed, he will finalize the contract with Koundé.

Koundé is a 178-centimeter center back and is a rather small player with a solid physical condition. The technology is excellent, too. He is a good player in defense through good build-up, quick judgment, and mobility. Airball competition through excellent athletic ability is also excellent.

Koundé’s contract ends in June 2024. He has expressed his desire to leave the team. This season, he has scored three goals and one assist in a total of 43 games.

Chelsea have been working hard to recruit Koundé since last year. Negotiations broke down because the transfer fee demanded by Sevilla and Chelsea’s position did not match.

It’s been connected again this season. This is because Andreas Christensen and Antonio Rudiger will leave for Barcelona and Real Madrid after the 2021-22 season, respectively. The defender gap will grow.

“Chelsea have found a centre-back option,” the Daily Mail said. Koundé can play as center back and right back. “I think we’ve verbally agreed to leave Seville,” he said.

“Sevilla is asking for a £59 million transfer fee. We want about£38 million by the end of June,” he added.