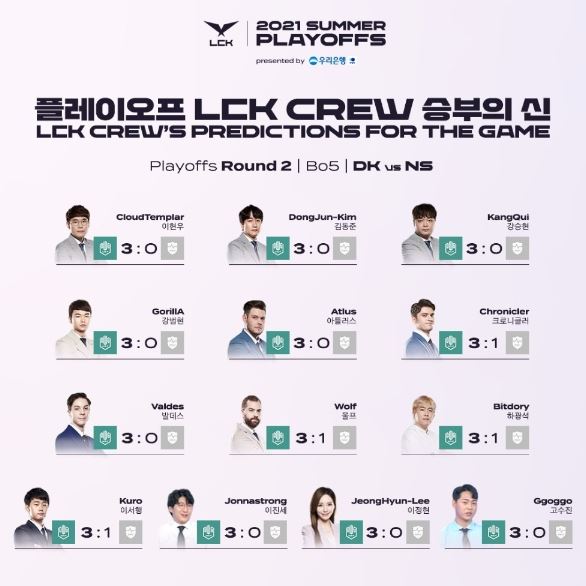 The LCK commentators supported Damwon Kia in the second round of the Summer Playoff against Nongshim Red Force.

The second round of the 2021 LCK Summer Playoff will be held at Grand Seoul Roll Park in Jongno-gu, Seoul on the afternoon of the 21st.

Ahead of the match between Damwon Kia and Nongshim, LCK commentators expected a one-sided victory over Damwon Kia.

First of all, there were many expectations of 3-0 or 3-1. In the regular season, Nongshim won over Damwon Kia.

It was expected that Damwon Kia would win 3-1.