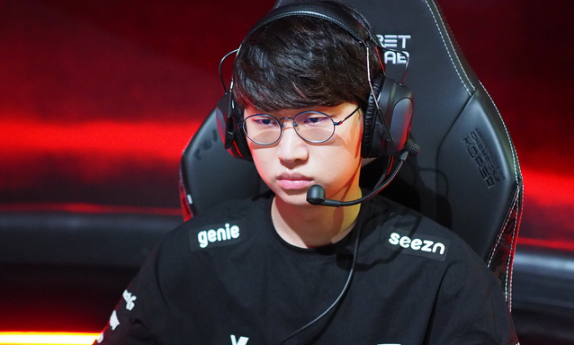 [LCK] If KT loses the DRX cliff competition, there will be no more opportunities.

KT and DRX will face off to advance to the final match of the LoL World Cup selection match against LSB.

KT and DRX will face off in the second round of the LoL World Cup selection match on the 2nd.

The winner will face off for the final round of the starting game, which LSB is waiting for, for the fourth seed spot in LCK, but if defeated, it will be impossible to advance to the LOL World Cup.

In terms of this season’s performance alone, KT’s dominance is expected. This is because KT won against DRX in both the first and second rounds of the regular season.

KT, which unfortunately failed to advance to the playoffs by finishing seventh in the spring season, showed a rebound in the summer season and gained ground.

Metara led the team to victory with the bottom duo who gained wings.

Bold supporter “Life” Kim Jung-min, who shone even more when using an aggressive champion like the set, also assisted Kim Ha-ram through Yumi to help the dealers carry power.

Thanks to the support of his teammates, Kim Haram is the POG point of this season

He also scored 1,000 points and was selected as the third team of the LCK.

The presence of mid-liner ‘Bigra’ Lee Dae-kwang, who won the Rookie of the Year award, cannot be ignored.

Lee Dae-kwang, who fell down due to excessive play during the season and exposed problems, was not discouraged even on the high level of LCK.

He, who showed further improvement over time, eventually succeeded in turning his unreasonable play into a target play, establishing himself as a strong midliner that firmly supports the team.

On the other hand, DRX is gradually losing its skills.

The spring season DRX had a high burden on the bottom duo.

This is because veteran bottom duo “Deft” Kim Hyuk-kyu and “Beryl” Cho Kun-hee had to play on their own to win because their upper body was unstable.

However, DRX, whose upper body liners showed more advanced skills in the summer season, had a winning streak at the beginning of the season.

However, the bottom duo, which was the center of the team, showed signs of instability and the team also faltered.

DRX and KT lost both the first round of the playoffs, a multi-disciplinary game, and failed to reach a higher level and were placed in the second round of the LoL World Cup selection.

DRX was defeated 1-3 in the first round of the playoffs against LSB, and KT played well against DK, but eventually lost 2-3 and failed to advance to the next round.

Both teams aim to advance to the LOL World Cup.

But neither team can reach that goal. 토토사이트

Since Gen.G and T1 and DK took tickets to the LOL World Cup, the three teams must compete for the remaining one spot to reach the play-in stage.

KT and DRX will face off, which may be the last, to advance to the final round of the LoL World Cup selection.