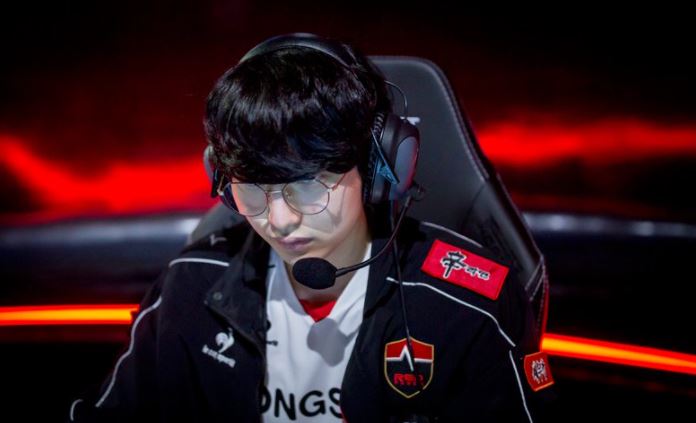 Nongshim Red Force (hereinafter referred to as Nongshim) has won 11 games. He’s the only one in first place. The remaining three games. The remaining matches against the Afro-Friks, the DRX, and Genji eSports are scheduled. It is not an easy schedule. The momentum couldn’t have been better. He won both the T1 and Damwon Kia, which were expected to be the most difficult in the beginning of the second round. KT’s Rollster, Brion and Hanwha Life e-sports have also been defeated. Although his recent defeat to Liv Sandbox was somewhat disappointing, he lost only once in the second round and won all the rest of the games.

Even during the spring season, Nongshim was thoroughly centered on “Peanut” Han Wang-ho. Carrie jungler Nidali (13th) and Graves (11th) were more than half of the championship choices. “Peanut” Han Wang-ho should have grown beyond his opponent’s jungler unconditionally. At the same time as winning many CSs, he had to put pressure on the opponent’s liner, and he had to shoulder responsibility for the order. Nongshim was only a team of ‘Peanut’ Han Wang-ho.

Carrie options have not been perfect throughout the season. In particular, midliner “Bay” Park Joon-byeong was the least efficient midliner in LCK. “Rich” Lee Jae-won also showed poor performance early in the season. Despite the sluggish solo liners, most of them entered the postseason with “Peanut” Han Wang-ho, bot duo Seo Dae-gil, and “Kerin” Kim Hyung-kyu.

Nongshim is currently the No. 1 team in LCK, but it is not a team with a high weight class. There are various opinions that interpret the word weight class in the League of Legends professional game. Usually, the more games that win the line game and take the global gold difference little by little, the more weight-based the team is. Nongshim is not a team with good indicators for the line game. The gold margin up to 15 minutes is negative (-355), and the CS margin is also -17. The probability of destroying the first tower is also 45%. There are more cases of suffering than first blood. The average playing time is the second slowest in LCK. No one would think it was an indicator of LCK’s No. 1 team when the name Nongshim was covered and the numbers were listed.

However, the moment you hold the spring season indicators next to you, the insignificant numbers of the summer season are simply fairies. Nongshim, who took the last postseason train at sixth place in the spring season, lost an average of 950 golds, lost one turret in the 15th minute, and the probability and frequency of acquiring large objects such as 2.3 dragons, messengers and barons per game was also poor. Even if it is not option 1, the personal indicators of mid-liner “Bay” Park Joon-byeong and “Rich” Lee Jae-won, who need to give options of 2 and 3, are disastrous.

Even so, not many would expect Nongshim to maintain its unconventional momentum until the postseason, or the finals, even further into the World Championship. Nongshim’s decisive strengths are its Han Ta-sung and the experience of ‘Peanut’ Han Wang-ho. Hanta is a high risk, a high return. It is not always possible to give a certain advantage. Nongshim is always ready to bite the other person in the future, but there is definitely a more aggressive team on the world stage than Nongshim. “Peanut” Han Wang-ho, who wrote and implemented the method of targeting Jeong Ji-hoon after the Hanwha Life eSports match, must be somewhat unfamiliar to the world’s teams such as LPL and LEC. The team’s weight class determines most of the games, as it did in 2012 and 2020.

Han Wang-ho, the team’s leader, emphasized a relaxed mindset. “I didn’t think it was weird to lose to any team during the summer split. I’ve been stressed out recently due to my sexual desire, but I’m going to play games comfortably again. I think that’s how it works.” Nongshim’s strength may not only be one stroke and experience. If all the players play comfortably in any game, the indicators are really simple numbers. Can Nongshim show that there is something more important than ‘weight class’?