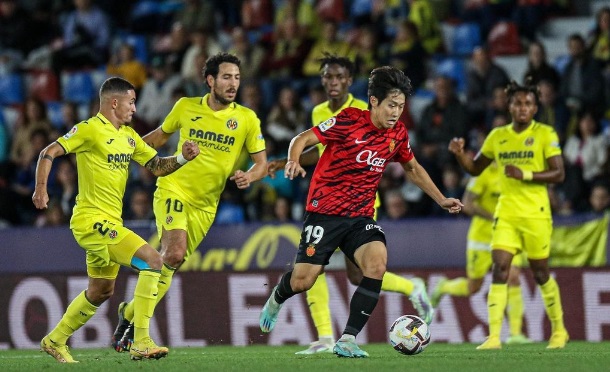 English Premier League (EPL) clubs’ recruitment for Lee Kang-in (22, Mayorca) in earnest. While Aston Villa made an official proposal for the first time, Newcastle United is also reportedly preparing to recruit through a “buy-out (transfer allowance).”

Britain’s Birmingham Mail said on the 11th (Korea Standard Time), “Aston Villa is known to have officially proposed a transfer fee of up to 15 million euros (about 20.2 billion won) to recruit Lee Kang-in,” citing Spanish Pichahes.

According to reports, Aston Villa made its first official offer of 13.5 million euros (about 18.2 billion won) in basic transfer fees and up to 15 million euros to recruit Lee Kang-in in the winter transfer market held in January. In particular, the local explanation is that Lee Kang-in also clearly expressed his intention to leave the team this month if an appropriate transfer offer is made.

Aston Villa, the 11th-ranked EPL team, is a team led by Spanish coach Unai Emery, who confirmed Lee Kang-in on the Spanish stage by leading Villarreal until October last year. This is the background of local reports that Emery directly requested the recruitment of Lee Kang-in.

Considering that Spain’s Marca previously reported rumors of Aston Villa, Newcastle, Burnley (England’s second division), and Feyenoord (the Netherlands) recruiting Lee Kang-in, Aston Villa’s move is significant in itself. This is because it could be a “signal” for Lee Kang-in’s recruitment war to begin in earnest.

In fact, after the news broke, Britain’s The Hard tackle reported, “Newcastle is ready to pay 17 million euros (about 22.9 billion won), a buyout, to recruit Lee Kang-in,” adding, “Newcastle wants to reinforce its offense, and Lee Kang-in has emerged as a recruitment goal.”

If Newcastle proposes a buyout amount following Aston Villa’s first offer, Aston Villa as well as other clubs are expected to join the battle to recruit Lee Kang-in through buyouts one after another. Mallorca does not want to transfer key player Lee Kang-in, but if other clubs pay buyouts, they cannot refuse the transfer offer.

In particular, local predictions are that Lee Kang-in will positively consider the transfer as it is an opportunity to take on a new challenge on the bigger stage. “As Lee Kang-in has also entered an important stage in his career, he can be swayed by EPL clubs’ transfer offers,” The Hard tackle said. “Considering his potential, the transfer fee is quite reasonable.”