Lee Seung Gi ♥ Dain, did you go on a date in Busan? 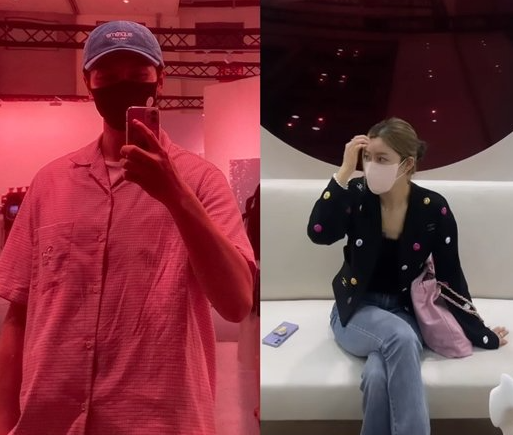 Lee Seung Gi ♥ Dain, did you go on a date in Busan?

Lovestagram of actor Lee Seunggi (35) and Lee Da-in (real name Lee Joo-hee, 29) couple was captured. Photos believed to have been taken at the same place were posted on their respective social media.

First, Lee Seunggi wrote “2022 ART BUSAN” on Instagram on the 12th and released photos taken at an event in Busan. This is a selfie taken by Lee Seung-gi, wearing a short-sleeved shirt with a hat and a mask, in a red mirror. Lee Seunggi then released additional photos of the works installed at the venue and his selfies.

Then, Lee Da-in released a short video on Instagram Story on the 13th. This is a video of Lee Da-in wearing a black cardigan and a mask sitting on the sofa staring somewhere.

What attracts attention is that the red circular work behind Lee Da-in is the same as Lee Seung-gi’s Instagram. It is estimated that the two visited the same venue.

However, it is not confirmed whether the two visited the venue together because the date they posted on SNS is different by one day.

Lee Seunggi and Lee Da-in are in an open relationship after their relationship was revealed in May last year.