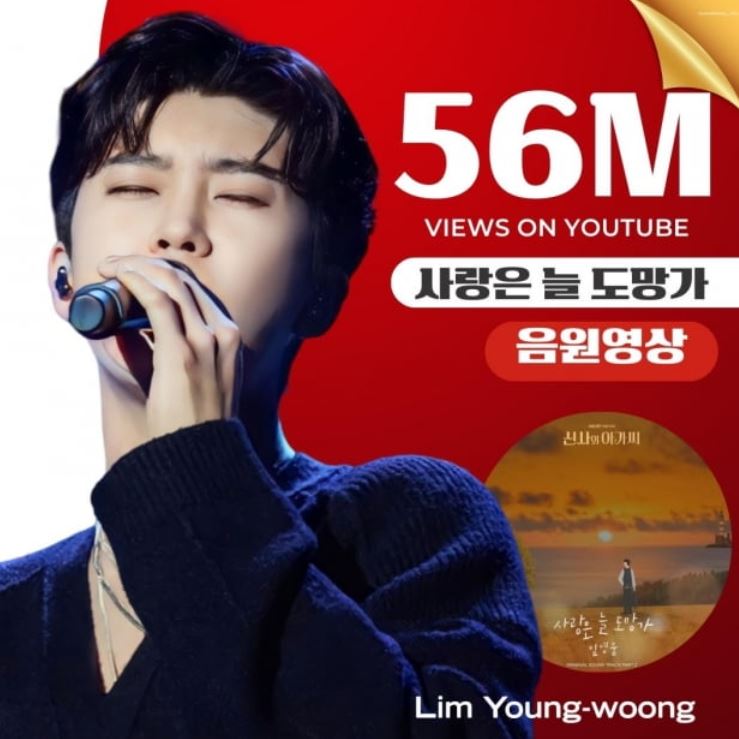 As of the 11th, the total number of views of Lim Young-woong’s “Love always runs away” music video surpassed 56 million views.

“Love always runs away” is the main OST of KBS2’s weekend drama “Gentlemen and Lady.” The song was newly arranged by composer Midnight with a song by emotional ballad singer Lee Moon- It maintained Lim Young-woong’s delicate and moist sensibility as well as the acoustic and light original feeling as much as possible.