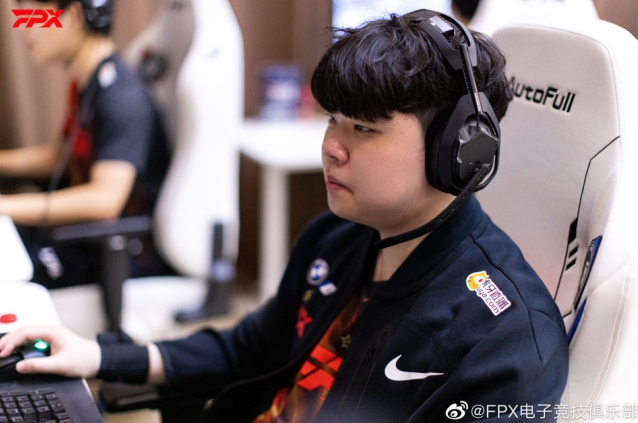 Clid, who aims for the playoffs, faces his former teammate who dreams of “revenge.”

In the first set, there is a clear match between upper and lower teams, and in the long-awaited second set, FPX and TT will play an inevitable match against each other for advance to the playoffs.

Rare Atom (RA) and Royal Never Give Up (RNG) are from the same R family, but their grades are sharply divided.

In terms of objective power as well as ranking, RA is recording inferiority. The team’s core, Lejan, is struggling but has been left in the ‘normal bottom’ with a sharp little skirmish like last year and no variables in 5-5 skirmishes.

If there is no major change, RNG-RA is expected to confirm their advance to the playoffs and elimination, respectively, and the only variable is to throw stones at RNG’s calm operation. It will be a ‘RA-style Baron’ to try at random timing.

The two junglers, Beichuan and Clid, who competed for the starting position of Fun Plus Phoenix (FPX), will face each other “real” this time.

FPX, which is currently in ninth place in the league (5-6), is increasing its chances of advancing to the playoffs. With its rival OMG completely defeated by WBG, if it wins this game, it will be at least tied with Doinbi-Tarzan’s LNG (8th, 6-6th).

For Clid, this game is also a place to prove the “reason for recruitment” to FPX, who recruited him. It is because they face their former rival, Beichuan, as an enemy.

Seeking revenge, Beichuan of ThunderTalk Gaming (TT) was the only jungler of the FPX since Tian’s call-up in the second division of the FPX, but he chose to transfer to the TT after losing the competition to Clid, who was recruited earlier this year.

The styles of both junglers are similar but different. He aims to shake up the game through active ganking at the beginning of the game, but Beichuan aims for his growth and Cliff for his teammates.

Unlike personal indicators, Clid’s performance is still better. Immediately after the victory over RA, where Summit joined, Clyde dominated the MVP, tied for third place (7 times) in MVP, and was selected twice in a row as the best jungler in the 4th and 5th weeks.

His team FPX also reversed the trend of losing all games, and is on the verge of advancing to the playoffs, which Beichuan did not make in the summer season following spring.

In the end, for Beichuan, who dreams of a bigger stage, Clid, who has produced a different result from himself, is a “wall to overcome.”