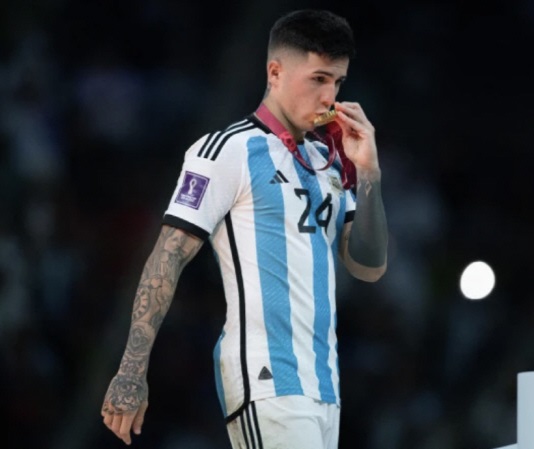 Manchester United has made every effort to recruit Enzo Fernandez (Benfica).

British media Metro is expected to pay the full amount of 16 million, known as Fernandez’s release clause, on the 25th (Korea Standard Time). He overtook his rival Liverpool,’ he reported.

Fernandez, born in 2001, has emerged as a hot star in the transfer market. He left River Platte (Argentina) to join Benfica ahead of this season. He scored 1 goal and 3 assists in 13 league games. It became the core of the team early on. He also played an active role in the 2022 Qatar World Cup. Wearing Argentina’s uniform, he helped his country win the championship.

Metro said, “Fernandes is drawing attention from big names such as Real Madrid and English Premier League (EPL) clubs.” Liverpool took the lead in the initial recruitment. But now, Manchester United seems to have taken over. Benfica has put in a 드의16m release clause in his contract with Fernandez. United are ready to meet this point. Liverpool is expected to focus their efforts on recruiting Jude Bellingham (Dortmund), he said.