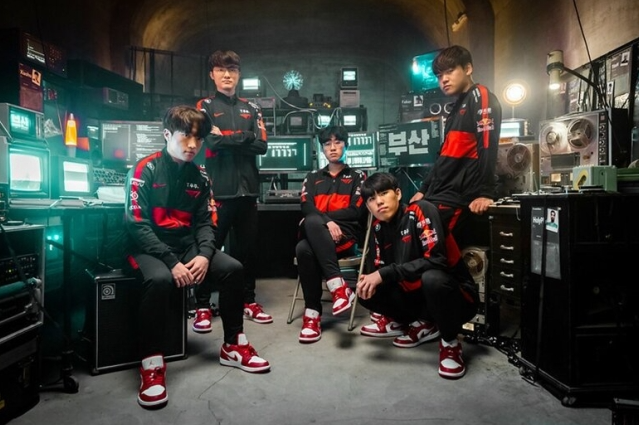 The 2022 Mid-season Invitational (MSI) now has only the semifinals and finals left. The Rumble Stage of the LCK national team T1 was also unstable as it was defeated by a semifinal team such as G2-RNG. However, from the second game on the fourth day to the fifth day, T1 was able to finish with a flow of winning LCK Spring again. It is true that the remaining tournament stages are also expected because the final finish of the Rumble Stage was good.

But it is not over yet. From now on, there will be a multiple-choice game that is different from the single-choice game. The first opponent in the semifinals is G2, who doesn’t know where to bounce, and there is a possibility that he will face the Evil Genius (EG), which gave an unexpected defeat to RNG and T1, the No. 1 Rumble Stage. There should be no carelessness because it is a step toward the final MSI finish.

Furthermore, there are things to be pointed out for the big goal of winning. Ahead of the multiple premise, let’s find the distinct advantages of T1 revealed in this MSI and check again what we need to keep in mind in the confrontation with strong opponents.

This speed of T1 comes from a solid early design. Looking at T1’s game, you can often see a top-jungle or bot duo speeding up with a kill in the beginning. Based on this, he knows how to roll the snowball quickly to take the messenger of the canyon or destroy the first turret. In MSI, T1 has a 93.8% first tower acquisition rate. It is rarely given away. Given that the RNG is 68.8%, it is certainly a high. The number of canyons acquired per game is also higher than RNG (1.38) in T1 (1.63), indicating that snowballs roll well in the early stages.

The sad thing is that he didn’t win all the games based on the early snowballs. In other words, there were cases where they were quickly defeated by urgent judgment. In particular, there were many cases where the game was greatly divided in battle with the object order. The first G2 match gave up the game as they lost a series of battles in a narrow alley leading to Baron’s nest, and the first RNG match gave up the flow as the well-grown Top-Jungle cut off the messenger battle of the canyon. The second EG match was also lost in vain due to Baron Burst following an excessive battle in front of the suppressor.

Fortunately, it has definitely changed since the defeat in the EG match. “Keria” Ryu Min-seok said in an interview on the fourth day of the Rumble Stage, “I couldn’t afford it because I was unconsciously burdened. As object calls were divided a lot, I think the team members were confused, too,” he said honestly about what he lacked in the object battle. T1 and “Keria,” which changed after feedback, said, “The reason for the victory is to play with confidence and confidence,” and later won both the G2-RNG matches. 파워볼사이트

The order for the last RNG match, which was a concern, was neat. First, he succeeded in quickly converting to skirmish after hitting Baron, and won the bold Baron Burst and the hard-hitting fight. All the team members were moving in one direction. It was different from the beginning of the Rumble Stage. If T1’s strengths are well utilized in the tournament stage, T1’s momentum, which has sufficiently dominated the spring, can be expanded to the world stage.