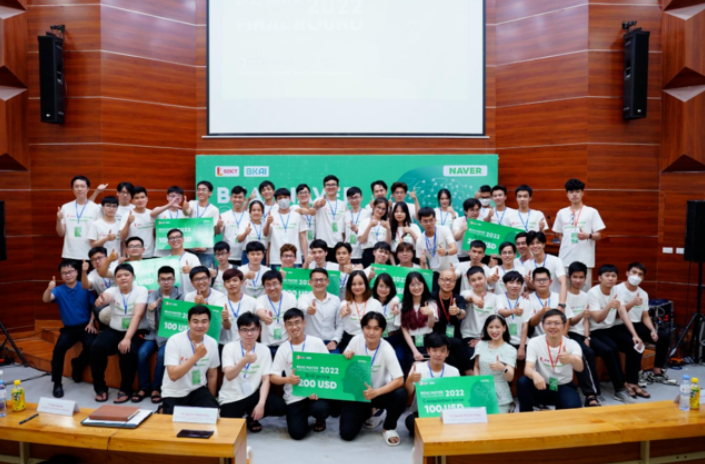 Naver announced on the 25th that it has completed Vietnam’s first AI hackathon “BK AI-NAVER Challenge 2022” with Hanoi University of Science and Technology (HUST).

Naver declared the establishment of a “global AI research belt” centered on Korea, Japan, and Southeast Asia at DEVIEW in 2019, welcoming HUST as its first partner in Southeast Asia in 2020 and opening a joint AI center together last year. The event, which is also Vietnam’s first AI hackathon, is unique in that Naver, a leading Korean IT company, joined together.

A total of 80 teams and 300 college students from all over Vietnam participated in the two-day hackathon from the 21st, drawing great attention from the local AI research community.

The AI Hackathon’s public offering field was divided into three areas: Natural Language Understanding (NLU) and gesture recognition OCR. Fifteen of the 80 teams, who proposed the most effective solution, advanced to the finals, and three teams from each category won the prize money of $1000.

Park Dong-jin, Naver Vietnam’s chief leader, said, “Even though the COVID-19 situation was still relatively small, many participants flooded in applications within two weeks of the contest,” adding, “The AI hackathon confirmed local interest in the global AI research belt and we plan to cooperate more actively with HUST.”