Netflix Director Kim Tae-won, “We will.. 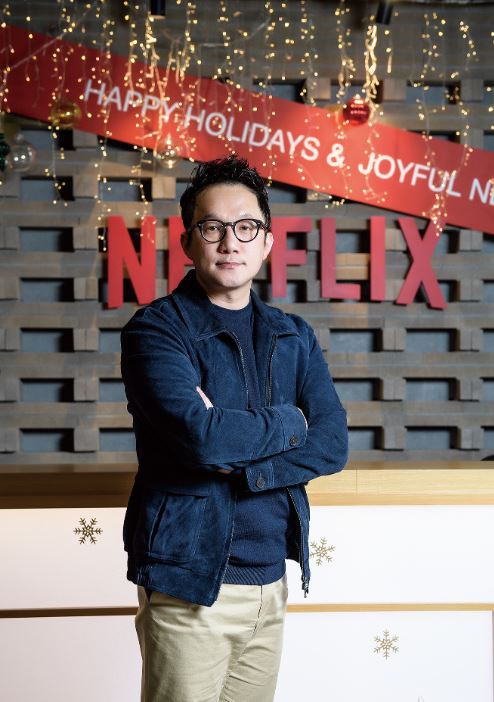 Netflix Director Kim Tae-won, “We will expand investment and experiments.”

As of October 2022, the number of Netflix monthly active users was 11.37 million (Mobile Index), higher than the combined number of second and third places, but the reference point for the creative team seeking IP that will continue to grow even after the strong wind of “Squid Game” has become even more extraordinary. Among them, the original Korean movie was at the starting line. It unveiled its first main investment work with Moralsense, which combines in-house romance with the sexual taste of BDSM, and a total of five films were presented under the title Netflix Original in 2022. He met with director Kim Tae-won at Netflix’s Seoul office in Jongno and asked about his performance and prospects for the new year, focusing on the film sector that opened its first year last year. Director Kim Tae-won, a veteran who has experienced content distribution, overseas distribution, and production investment at NEW/Content Panda, said, “We are looking forward to the movie that will be released in 2023.”

– In January 2022, Moralsense, the first major investment, was released. It is the first time in six years since entering Korea in 2016. Was there a preference among Netflix subscribers based on five original movies?

= As it was the year when Netflix actually planned, invested, and produced works, the works were strategically arranged. Starting with “Moralsense,” it started with “Yacha,” an intelligence film, “Carter,” an intense action film, “Seoul Grand Operations,” and “The Girl of the 20th Century,” a high-teen romance. There was no indication that a particular genre did well. In any direction, “member Joy,” which satisfies subscribers’ enjoyment and different tastes as much as possible, is the top priority. Special feature, “Moral Sense” and “Girl of the 20th Century” were romance genres that had not been attempted in Korean theaters for a long time, and “Carter” competed with the scale and boldness of focusing on action. It has become an important study on how to organize the slate by 2025.

– Film directors such as Yoon Jong-bin of “Surinam,” No Deok of “Glitch,” and Jung Ji-woo of “Somebody” continued to produce their first series in 2022. Do you feel the response or perception of the industry that has changed since the success of the film director’s series, such as Hwang Dong-hyuk’s “Squid Game,” was successful?

= Director Kim Sung-hoon of <Kingdom>, <D.P>Director Han Joon-hee of and Director Yeon Sang-ho of “Hell” say that Netflix is definitely different from production to marketing. First of all, we can flexibly open the budget in realizing the vision of creative freedom and directors. There are concerns about the distribution of profits on a daily basis, but we try to guarantee it as much as possible. They are also satisfied with the second half of the work, which works in line with 4K and Dolby Atmos, with the keynote that “the quality of the video should be guaranteed even 100 years later.” The last is marketing, and Kim Eun-sook, author of “The Glory,” was also surprised by our strategy to point out points in the script and put on new colors while experiencing promotions.

– He is mainly responsible for the film sector, and was in charge of Kim Eun-sook’s “The Glory,” the last drama in 2022.

= He joined Netflix based on his film career, but it is not a system that fixes roles in the creative team through movies and series. After “The Glory,” I try to take advantage of the advantages of crossing movies and dramas and looking at different angles, such as preparing for director Lee Byung-hun’s series “Dakgangjeong” or those who joined the channel are in charge of movies.

= Director Yeon Sang-ho’s SF action “Jeongi” was a difficult project because it was a huge budget and full CG movie, but the taste and talent of director Yeon Sang-ho, a Japanese animation “Dokhu,” were well embodied. “Gil Bok-soon” emphasizes the actions of the killers in a solid narrative, and as seen in “Bulhandang: The World of the Bad Guys,” the unique action scene for each sequence is emphasized, which will resonate with the market. Actor Jeon Jong-seo’s one-top action film, “Ballerina,” shows a different level of action from men’s action movies as the main character from the bodyguard has been transformed. In <Competition>, actor Lee Byung-hun and actor Yoo Ah-in completed the confrontation between two icons, Cho Hoon-hyun and Lee Chang-ho, with dense acting. I wonder how the Go code will be accepted overseas beyond Korea.

– <Believer 2> is the first case in which a sequel is produced as a Netflix original, following the first movie released in the theater.

= Although it is a series, the narrative is often cut off, but this is not the case. As actor Han Hyo-joo newly joined and the pending parts of the first narrative expanded, the size of the action and visuals to capture it increased, and thus the production cost increased. Following the first movie released in theaters like “Nives Out: Glass Onion,” it can be said that the case of making the sequel Netflix original was applied to the Korean original.

– What do you expect to see the amount of investment in original movies in the future? What about the burden of rising production costs?

= Since Netflix landed in Seoul in January 2016, it has invested more than 1 trillion won in content. It is difficult to say the exact amount or number of investments, but the quality and quantity of investment are expanding every year and are currently continuing to look for new movies. The number of public episodes is expected to increase or decrease little by little every year based on five to six episodes. It is a lie if there is no burden because inevitable production costs are rising in the process of competition between theaters, platforms, and channels. Our judgment is that at times like this, if there is a production cost that should be guaranteed for the work, we should boldly endure it. The motto is not to reduce investment, but rather to invest more in necessary works.

– Has there been anything new emphasis on investment standards in the past two to three years, such as the impact of the COVID-19 pandemic and the huge hit of “Squid Game”?

= The fundamental pattern of responses to competent works is the same. Based on the view hour (accumulated viewing time), “Carter” came out for about 65 million hours, ranking 7th among Netflix non-English films in 2022. It is being consumed in global markets including Latin America. In other words, experimenting with various genres as much as possible with various forms and creators will be the strength of Netflix in the future.

– Like the case of <Roma> <Irishman>, wouldn’t a master’s art house film that can produce results at the film festival be needed as the original Korean film?

= It is true that the priority is to introduce young and competent directors who are active in Korea now, rather than some major masters known in the global market. Like director Han Jun-hee of the <D.P.> series. I hope Lee Chung-hyun and Ko Hyun-jung of “Ballerina” and Kim Yong-hoon of the series “Mask Girl” starring Nana will be able to further promote their true value through Netflix.

– Saturation in the OTT market, how do you predict the future?

= The important thing is that OTT users should not only think of young viewers. I understand that the company is continuing to expand its investment to middle-aged people, silver audience, and kids animation and family content, which are already showing remarkable results while operating as independent areas from within. Netflix’s pursuit of experimentation and diversity was eventually formed in the judgment of such a wide audience.