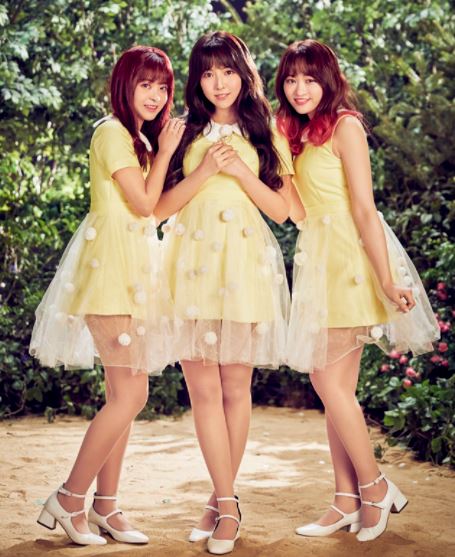 Honey Popcorn, which is a Korean song in Korea, not in Japan, the members’ native country, means that “I want to be a sweet and exciting group like Honey Popcorn that I eat at theme parks.”

Leader Yooa Mikami has been famous for liking Korea since she was a Japanese idol, expressing her fondness for Korean music, and reportedly planned a girl group with her own money to perform on a Korean music show she admires with her favorite Korean style music.

The cost to date alone is about 300 million won, but it is unclear how much additional costs will be needed if it is continuously active. In that case, it is no exaggeration to say that he is putting his life on the line. # It is a girl group created by YOOA Mikami for self-realization.

On December 22, 2018, member Miko Matsuda graduated from the group, and later announced that she would recruit three new members selected through auditions to reorganize into a five-member group.