“Peanut” Han Wang Ho. “Thanks to the various jungle movements and… 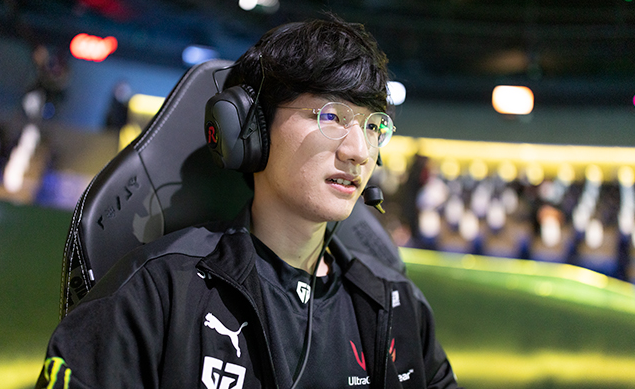 “Peanut” Han Wang Ho. “Thanks to the various jungle movements and durability patches in the beginning.”

“Durable patch. I got a chance to try various things in the beginning”

On the 10th, Gen.G beat DRX to solidify its No. 1 position. “Peanut” Han Wang-ho, who contributed to the team’s victory through various appearances, expressed his thoughts.

This season, Han Wang-ho presents joy to fans and victory to the team through various early movements. He said, “As durability patches progressed, I was given a lot of opportunities to try various things in the early stages,” indicating that durability patches had a lot of influence on jungler’s movements.

For Han Wang-ho, who has both experience and flexibility, the change to try various movements served as a positive factor. Han Wang-ho’s unusual movement was also shining in the game. In the first set, DRX formed the center of the blatant bottom combination, and “Pyo-sik” Hong Chang-hyun also gave strength to the bottom area, giving strength to the carrying power of “Deft” Kim Hyuk-kyu and Cogmo. Nevertheless, Han Wang-ho made a profit by solving the game mainly on the upper body, not in the bottom area.

We started the blue buff in the beginning, so we had to go to the upper one. I thought I could benefit from the top line because my opponent Top Shivana played aggressively using fluidization. I thought Hecarim would be able to score a kill point against Shivana without fluidization.”

Along with Han Wang-ho, Gen.G. made early gains, but Cogmo, supported by Seraphin and Lulu, showed off his strong firepower after the middle, making Gen.G struggle. However, Gen.G took advantage of large objects and eventually won. Han Wang-ho also shared the fact that he learned something from the game.

We were in a disadvantageous situation, but we managed to calm down and win the game. I learned a lot of lessons from the first set, so I think it will be a good experience in the process of proceeding with the league.”

Veteran professional gamer Han Wang-ho also revealed the secret to the team’s top position. “I’ve been a professional gamer for seven years and I’ve felt something. The mistakes that can be dismissed as mistakes and the mistakes that can be made due to lack of skills are different,” he said and added, “The skills that lead to mistakes should be improved quickly and overcome.” These days, our team is trying not to repeat mistakes through a lot of training,” he said, explaining why Gen.G. can develop further compared to the spring season.

Finally, he said, “I lost the game against T1, but I beat DRX 2-0 to stay in first place. The next opponent is Liv Sanbak, who has won five consecutive games, but I want to put the brakes on the opponent’s winning streak and keep the top spot.” Peanut