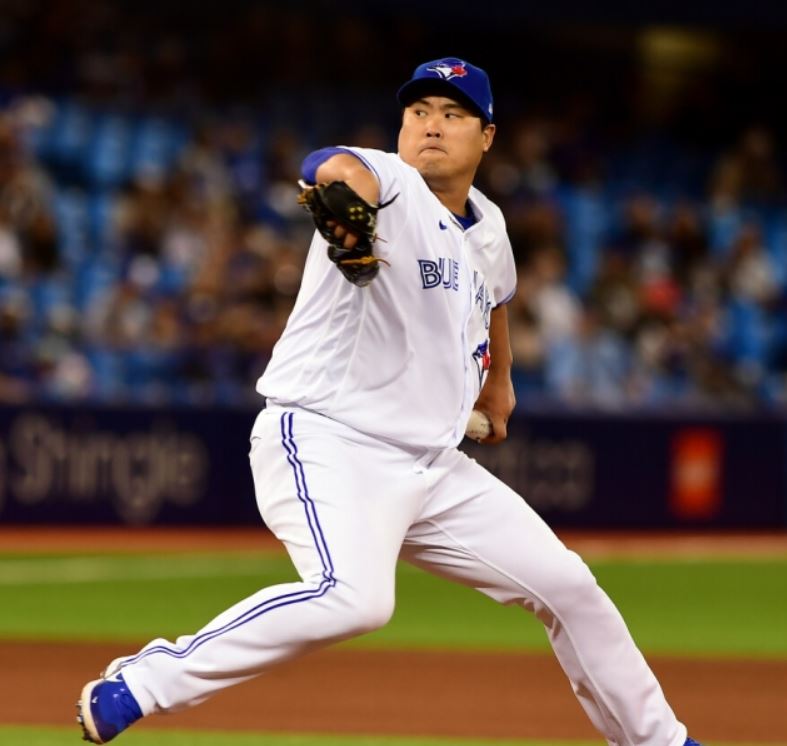 Starting pitchers have always been an attractive sale in the market, and there is a possibility that the scramble for starting pitchers will heat up in the 2023-2024 Major League free agent (FA) market, which lacks starting pitchers. This is why Ryu Hyun-jin (36, Toronto) is drawing attention.

Ryu Hyun-jin, who had the best year, ranked first in the National League ERA and second in the Cy Young Award voting in 2019, successfully completed his first FA rights exercise in the Major League by signing a four-year $80 million contract with Toronto ahead of the 2020 season. And the contract ends in the 2023 season. Pitcher Ryu Hyun-jin will play in his second FA qualification event in the Major League after the 2023 season.

The outlook is not very positive. Ryu Hyun-jin, who showed good performance in 2020, went downhill in 2021 and 2022, and eventually underwent elbow reconstruction surgery (Tommy John Surgeon) last year and is undergoing long-term rehabilitation. There are more factors that Major League clubs may hate, including falling performance, turning 37 in 2024, and a long-term injury career.

But things can be completely different in half a season. Ryu Hyun-jin is aiming to return in July this year. If rehabilitation ends smoothly and he can return before and after the All-Star break, he has plenty of time to prove his good health. It is a schedule where he can start more than 10 games, and he must show that he has completely overcome the aftermath of elbow surgery. If so, Ryu Hyun-jin, whose elbow problem has been resolved, can become another attractive player.

“FOX Sports” also selected Ryu Hyun-jin, James Paxton, Kenta Maeda, and Jack Flaherty as “wild cards” while dealing with the 2024 Major League Baseball starting FA market on the 18th. They have something in common that they are rehabilitating after injury. They are players with too much uncertainty now, but the evaluation can vary depending on their 2023 performance.

Regarding pitcher Ryu Hyun-jin and others, ‘FOX Sports’ said, ‘Everyone is in various stages of returning after Tommy John surgery,’ adding, ‘They seemed to be one of the best pitchers in the league at different points in their careers. It is very difficult to predict how they will perform their duties when they return to full power, but they are players that can be considered and considered as possibilities.”

Elbow surgery was selected as a relatively conquered field compared to the shoulder, and there were quite a few cases where if rehabilitation was good after surgery, it was back on track. Justin Verlander (New York Mets), who successfully returned last year after having elbow surgery at the age of 40, is such a player.

Assuming that pitcher Ryu Hyun-jin’s 2022 performance decline stems from an elbow problem, the performance after the elbow problem is resolved is expected again. Ryu Hyun-jin is not a player who relies on ball speed, and there are many positive factors that can continue his pitching level even when he gets older. If he shows off his health in the second half of this year, he can make a minimum contract to survive in the major league market, and there is still a possibility that a team will offer a two to three-year contract depending on the view.