Production of the world’s largest iPhone factory has been suspended… 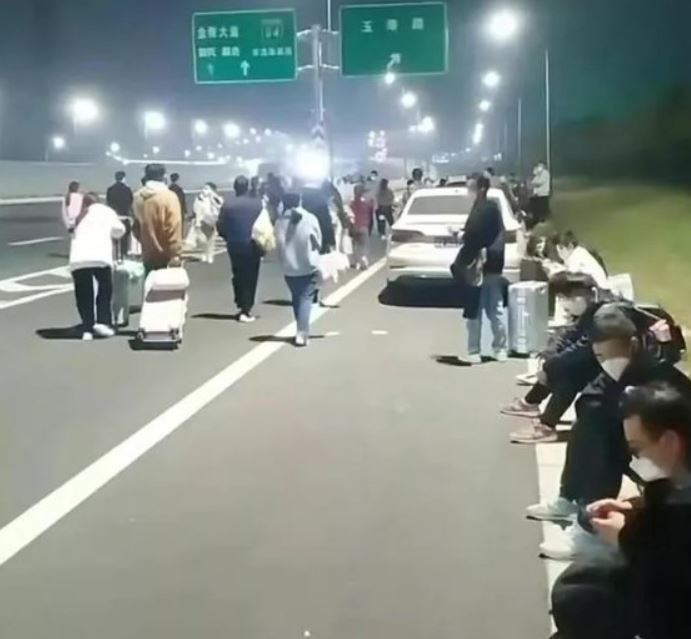 Production of the world’s largest iPhone factory has been suspended…

The production of Apple’s flagship iPhone 14 is on alert. This is because the factory was completely blocked for a week as COVID-19 spread around the world’s largest iPhone production plant located in China.

According to Bloomberg and AFP on the 2nd (local time), Zhengzhou, Henan Province, China, announced through its WeChat account that it will close the area around the Foxconn plant for seven days from noon to the 9th. No vehicle can be operated except for the purpose of transporting daily necessities in areas where lockdown measures have been taken. Jungzhou’s Foxconn plant is the world’s largest iPhone production plant.

Earlier, when a confirmed COVID-19 patient came out, Zhengzhou City imposed lockdown measures, such as banning all outings or banning access to residential complexes, depending on the region, but only the Foxconn plant was not closed. However, it was required to operate a “closed loop” method that operates production lines while blocking contact with the outside, such as banning workers from commuting to work.

However, as the quarantine system in the factory was poor and food was not supplied properly, the mass escape of workers who felt fear began in earnest. Since the end of last month, there has been a series of “Exodus” phenomenon in which workers walk tens of kilometers over the factory wall and return home.

In the meantime, as the number of COVID-19 confirmed patients in Zhengzhou surged from 95 the previous day to 359, the city government closed Foxconn altogether on the 1st. Bloomberg said, “The rapid spread of rumors that workers died in factories around SNS also affected the decision to block.” Chinese authorities countered that the rumor was not true.

As the factory was closed following the escape of workers, concerns were raised that Apple’s iPhone production would be severely disrupted. TrendForce, a Taiwanese market research firm, predicted, “With the closure of the Zhengzhou plant, the operating rate of iPhone production lines around 70%, and iPhone shipments in the fourth quarter will be 2 million to 3 million units lower than the target.”

If China continues its zero-corona policy, iPhone production could fall by 4 million to 5 million units in the first quarter of next year, he said. “It will be difficult to return the factory operation rate to normal in the short term.”

In particular, Apple has focused on producing the iPhone 14, the latest smartphone released in September. “The Foxconn Zhengzhou plant produces more than 80% of the iPhone 14 and 85% of the iPhone 14 Pro,” Ivan Ram, an analyst at Counterpoint Research, told the Wall Street Journal.

The closure of the Zhengzhou plant is a negative factor for Apple, which has already been suffering from poor iPhone sales. Apple’s third-quarter earnings released on the 28th of last month showed that both iPhone sales and net profit exceeded Wall Street expectations, but iPhone sales exceeded market expectations of $42.63 billion (about $60.5772 trillion). At the time, Apple CEO Tim Cook said, “The iPhone 14 Pro is under supply restrictions” as the reason for sluggish iPhone sales.

“The closure of the Zhengzhou plant will disrupt Apple’s strategy to increase iPhone sales ahead of Christmas,” said Nicole Feng, an analyst at the IT research firm Carnallis. Due to such concerns, Apple’s stock price closed at $145.03 on the New York Stock Exchange on the 2nd, down 3.73% from the previous day.

Apple doesn’t even have an immediate alternative. This is because all parts manufacturers for making finished products are in China, making it difficult to produce products outside of China. Although there is also an iPhone 14 Pro production plant in India, most of them receive parts from China and only assemble and pack them.

Foxconn intends to continue producing iPhones through other factories in China. However, other Foxconn plants in Guangzhou and other places have not been able to recover their existing production due to China’s zero-corona policy. 메이저사이트