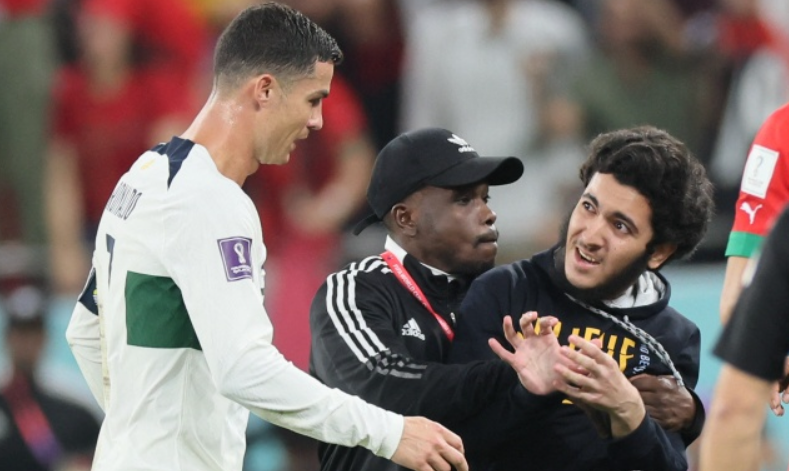 Ronaldo(37), who has recently been under a lot of rumors, was misunderstood by fans this time. Several media outlets have come to explain for who is criticized for the wrong video.

AFP claimed on the 28th (Korea Standard Time) that Facebook users assaulted a frustrated fan as Ronaldo left the stadium after losing to Morocco in the quarterfinals of the 2022 FIFA Qatar World Cup. But this is misleading,” he said.

The scene in question is also famous in Korea for Ronaldo’s tears after leaving the ground wiping his eyes and entering the stadium tunnel. Overseas, the malicious explanation and exquisite angle have sparked controversy over Ronaldo’s personality. Shortly after Portugal’s defeat, a video of Ronaldo leaving the ground was posted on an SNS with the phrase, “Ronaldo pushed the fan out of anger right after Morocco won.”

The video focuses on Ronaldo’s facial expressions and actions and blurs both sides. Just by looking at this scene and explanation, Ronaldo could seem to be nervous and shaking off his approaching fans. The video alone was recorded to have been watched by more than 22 million people, and spread through various SNS such as YouTube, Twitter, and TikTok. It seems to have been accepted without any problems because Ronaldo, who was usually controversial about his personality.

However, the shocking truth was revealed to those who wanted to believe in the video. As the controversy grew, leading overseas media such as AFP, FOX Sports, and The Athletic released videos of the scene from various angles.

The crowd that broke into the stadium was filmed sprinting toward Ronaldo, and that part was exactly blurred. Ronaldo didn’t even notice the fan’s approach, and a late-discovered bodyguard stopped the crowd. The scene where Ronaldo seemed to be shaking off was just a bounce to the bodyguards and fans.

AFP said, “Ronaldo was frustrated with lowering his head until he had contact with the crowd, and (the fan’s collision) surprised him more than anything else.”

Daniel Taylor of The Athletic also said, “Cristiano Ronaldo is the first player off the field on this day and I don’t think he even noticed the intruder. He went straight down the tunnel in tears,” he explained.