Ruler Park Jae-hyuk said, “I played the game in the semifinals 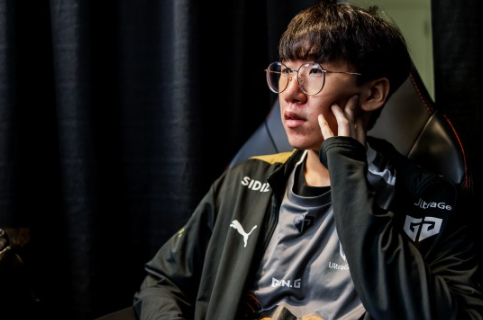 Ruler Park Jae-hyuk said, “I played the game in the semifinals with relief…what will be memorable this year

On the 31st (Korea time), the semifinals of the 2022 League of Legends World Championship (hereinafter referred to as the LOL World Cup) and Gen.G vs. DRX were held at State Farm Arena in Atlanta, Georgia.

Gen.G started off pleasantly with a victory in the first set, but was defeated in succession and failed to advance to the finals due to frequent mistakes and sluggish performances in the second, third, and fourth sets.

In a joint interview with reporters after the game, Park Jae-hyuk recalled the 2022 LOL World Cup season and said, “My feelings have changed little by little while playing this Worlds.”

He said, “I originally thought, ‘Let’s not regret it,’ but over time, I changed my mind, saying, ‘You can regret it if you did your best in a given environment and situation,'” and added, “I played this semifinal game with relief.”

When asked what was the difference between DRX’s analysis of power before the game and actual power, Park Jae-hyuk replied, “I thought (DRX) was really good while watching the quarterfinals, and I prepared for the game by watching a lot of operations and fighting skills in the second half, but I was better at the line game than I thought.”

Gen.G received a lot of love and anticipation this season. Park Jae-hyuk told the fans who supported him, “I was happy throughout the game because I received a lot of support and love. “I think this year will be very memorable, and I want to say thank you so much.”