Ryu Hyun-jin, who is only looking at his return.. 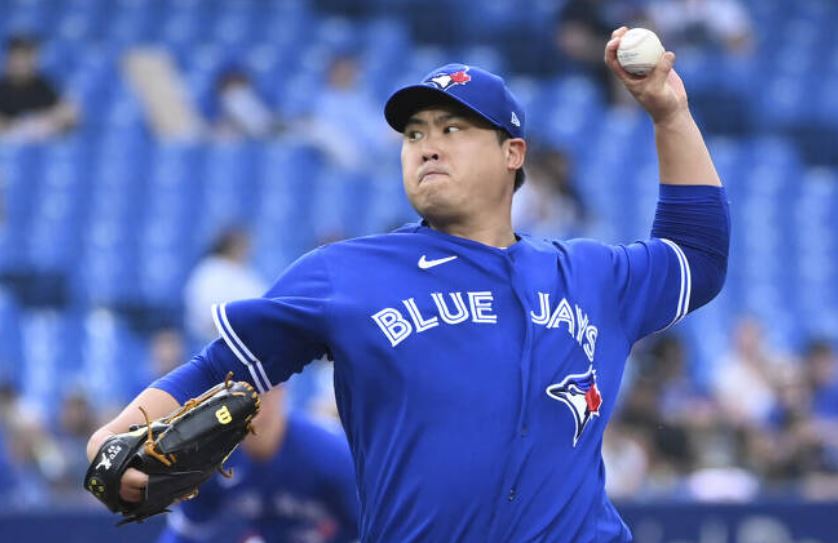 Ryu Hyun-jin, who is only looking at his return in July, is the only “one spot” left in the rotation

Ryu Hyun-jin (35) of the Toronto Blue Jays, who dreams of reviving. Will he be able to return healthy next season and play one of the pillars of the starting lineup?

Ryu Hyun-jin, who became an FA after the 2019 season, signed a four-year, $80 million contract with Toronto. Ryu Hyun-jin, who spent his first season in Toronto in 2020, perfectly played the role of an ace with 5 wins, 2 losses, 67 innings, 72 strikeouts, and a 2.69 ERA in 12 games. Thanks to Ryu Hyun-jin’s performance, Toronto took the postseason stage for the first time in four years.

Last year, however, Ryu had a tough year. In 31 games, he recorded 14 wins, 10 losses, 169 innings, 143 strikeouts, and a 4.37 ERA. He recorded the most personal losses in a single season and marked his first four-point ERA in a full-time starter season.

This year, Ryu failed to rebound. He struggled from the beginning of the season, and ended the season early after undergoing elbow ligament surgery in June. His 2022 season performance is 5.67, with two wins and 27 innings in six games and 16 strikeouts.

Ryu Hyun-jin, who returned to Korea last month, left for the United States via Incheon International Airport on the 29th. I left Korea earlier than usual. Ryu chose to leave early to throw the ball in a warm place as soon as possible.

Ryu Hyun-jin revealed the timing of his return in an interview with reporters before leaving the country. After playing rehabilitation games in June next year, he plans to take the big league mound in July.

Toronto succeeded in strengthening its starting lineup by recruiting right-hander Chris Bassett this winter. Bassett, who enjoyed the joy of being selected as the first All-Star last year, recorded his 3.42th ERA in 30 games, 15 wins, 9 losses, 181⅔ innings, 167 strikeouts, and a 3.42 ERA.

Toronto starters include Bassett, Alec Manoa, Kevin Gausman, and Jose Verios. Manoa, who won 16 games this year, grew into an ace, while Gausman and Berrios each harvested 12 wins. In fact, the four starting positions are confirmed.

However, the last seat is vacant. Ryu Hyun-jin can return in the middle of the season. Yusei Kikuchi, Mitch White, and Nate Pearson are considered candidates for the fifth starter. But the stability is very low.

Kikuchi, who wore the Toronto uniform this year, suffered the humiliation of being demoted to the bullpen in the middle of the season and had only 6 wins, 7 losses and a 5.19 ERA. White, who joined Toronto on a trade during the season, was sluggish with a 7.74 ERA after the transfer. Pearson hasn’t played a game this year. It was not in normal physical condition, such as infectious mononucleosis. 안전놀이터

The “Jays Journal,” which mainly deals with Toronto news, predicted that Ryu Hyun-jin’s return will be a great help to Toronto, and that one of Kikuchi and White will head to the bullpen when Ryu Hyun-jin joins the starting lineup.

Of course, if a substitute to replace Ryu Hyun-jin early in the season performs better than expected, there is a possibility that he will be appointed as a starting pitcher even if Ryu Hyun-jin returns. Or Toronto could find five starters in the FA market. Earlier, Toronto showed interest in veteran starter Johnny Cueto.