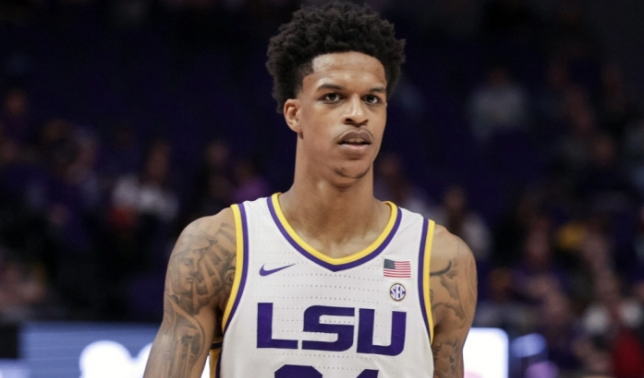 Sharif O’Neill (22), the second son of Shaquille O’Neill (50), one of the “four major centers” and one of the best players of all time, challenged the National Basketball Association (NBA).

Shams Canary of The Athletic reported on the morning of the 7th (Korea Standard Time) that Sharif O’Neill, the son of Shaquille O’Neill, who became the NBA Hall of Fame, is eligible for the 2022 NBA rookie draft.

Sharif O’Neill ranked 32nd in the U.S. rankings selected by ESPN in 2018, ranking 9th in the position ranking (small forward). Thus, he went on to the prestigious UCLA. However, O’Neill was later judged to have an anomalous heart artery disease on the right and lost the entire 2018-2019 season, the freshman season.

O’Neill, who returned to the court in the 2019-2020 season, played 13 games with bench resources and averaged 10.2 minutes, recording 2.2 points and 2.9 rebounds. In the 2020-2021 season, Ben Simmons’ alma mater, Louisiana State University, was transferred to secure playing time, but NCAA has a rule that prohibits students from playing for a year at the time of transfer to induce academic concentration. O’Neill was almost out of court until mid-December, but managed to be exempted from the ban.

In that season, he played an average of 14.5 minutes in 10 games, recording 2.8 points and 4.4 rebounds, showing a slight increase.

In the 2021-2022 season, he played in 14 games and averaged 2.9 points and 2.1 rebounds. He chose to participate in the pre-draft process in March after losing the first round of the NCAA Tournament and participated in the NBA G League elite camp in Chicago, Illinois, last month. In the second game, he made a good impression with 11 points, 10 rebounds, and 3 assists.

Sharif O’Neill suffered ups and downs in the early entry of 112 players who chose to withdraw from the draft on the 1st. He cleared up the controversy and qualified for the NBA draft.

Sharif O’Neill has a body size of 6ft 10in (about 208cm) and 200lbs (about 100kg) and is not expected to be selected in the NBA draft. However, he is still expected to work together during the draft combine.

Meanwhile, the NBA draft will be held on June 23, and attention is being paid to whether Lee Hyun-joong (21, Davidson) will be able to participate and achieve his dream of entering the NBA.