Singer Seo In-young said, “After registering marriage with my.. 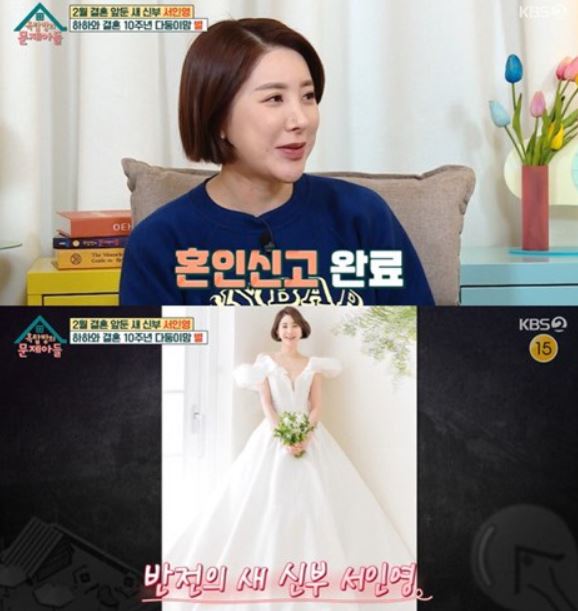 Singer Seo In-young said, “After registering marriage with my husband, I live together…”Make your own breakfast and dinner” (“Okmun-ah”)

Singer Seo In-young revealed the behind-the-scenes story of her marriage on “Problematic Children in the Rooftop House.”

Seo In-young appeared as a guest on KBS2’s entertainment program “Rooftop Troublemakers” (hereinafter referred to as “Okmun-ah”), which aired on the 25th.

Seo In-young, who visited “Okmun-ah” with singer Byul, surprised the cast by reporting the news of her marriage. Seo In-young told Kim Jong-guk, who couldn’t believe the news of his marriage, “You should go, too.” “Please,” he smiled, and said, “I’ve reported my marriage and I’m living with the groom.”

Singer Seo In-young drew attention by saying that she prepares her husband’s breakfast juice to dinner by herself. He then explained the process of meeting his husband and said, “My husband has the opposite personality from me. “I have no ups and downs in my personality, and I confessed first,” he said.

Seo In-young also confessed that she regained her laughter due to her husband while having a hard time after her mother died last year. He said, “If it was this fun, I thought it wouldn’t be bad to live together,” creating a sense of emotion.

In addition, Seo In-young said, “I don’t lose to anyone, but I keep losing to my brother.” In addition, he made people laugh by revealing an anecdote that surprised Park Jung-ah, a jewelry member who didn’t even know she had a boyfriend when she got married.

He also mentioned wedding dresses and proposals. Seo In-young recalled that she shed tears when she received a balloon and a ring from her husband on the Han River. As for the wedding dress, “I’ve already decided. “It’s a race-in style up to the neck,” he said, drawing curiosity.

Meanwhile, Seo In-young plans to communicate with the public through various broadcasts in the future.