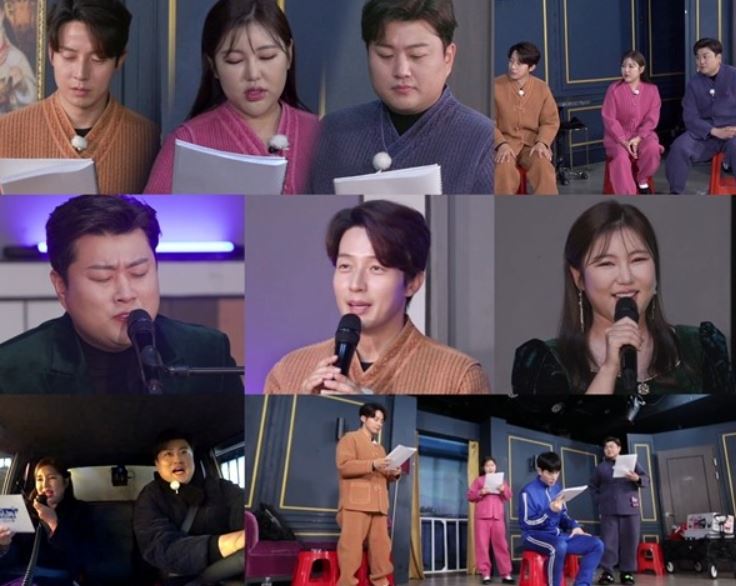 Song Ga-in, Kim Ho-joong, and Heo Kyung-hwan’s transformation into actors, “With the Blessings,” debuts in Daehak-ro’s

“Go” unveiled the acting challenge of the three “self-proclaimed aspiring actors” in Daehak-ro, the street of youth.

TV CHOSUN’s “Blessed Ball” (GO), which will be broadcast on the 11th, will portray the Seoul Sanggyeonggi of the lucky balls who traveled all over the country, not only to Oji but also to overseas. Song Ga-in, Kim Ho-jung, and Heo Kyung-hwan, who unexpectedly challenged the play at a place where they went to meet the storyteller, all showed their performances in different dialects, drawing admiration. In particular, Song Ga-in raised curiosity as much as possible as rumors spread that she made even veteran theater actors tremble on stage with a fierce line with Jeolla-do dialect.

On the other hand, Bok siblings, who were preparing for guerrilla performances at the Daehak-ro Small Theater, where breathing can be shared, prepare all the processes from performance planning to promotion and selection to communicate closer with the audience. Kim Ho-joong said, “I think a lot about the selection of songs whenever I film ‘Go’,” expressing his consolation to the unknown actors with his story, “It’s great to be able to sing, I’m glad I didn’t give up.” Subsequently, Yang Hee-eun’s Evergreen Tree was reborn with her own tone, turning the audience into a sea of tears.

Meanwhile, Heo Kyung-hwan, the eldest of the three siblings, has started to invite a guest to support and shoot the successful performance of the Bok siblings. The identity of trot Barbie and talented special guests who burst into all-time cheers upon their appearance will be revealed on the main broadcast.

The guerrilla performance site of Daehak-ro Small Theater, which contains joy and sorrow, can be seen at 10 p.m. on the 11th at TV CHOSUN’s “Blessing (GO).”