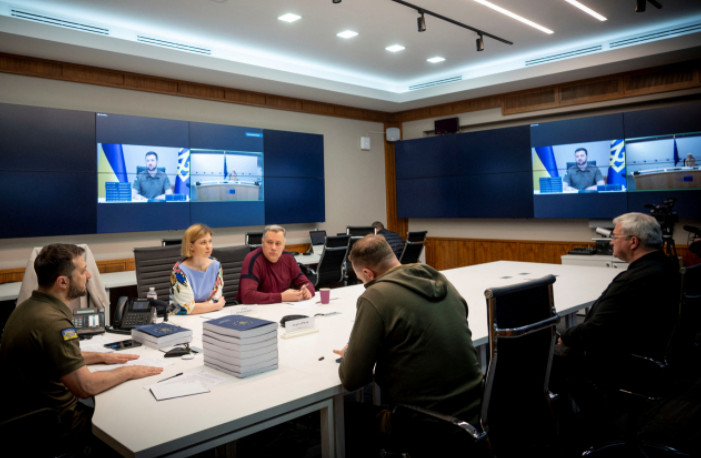 Concerns are rising that the European Union’s unity has begun to collapse in connection with the suspension of Russian oil imports. According to Reuters, German Deputy Prime Minister and Minister of Economy and Climate Protection Robert Habeck urged unity on the 29th (local time), expressing concerns that EU unity is beginning to collapse. “After Russia’s invasion of Ukraine, we have seen what Europe can do when it is united,” Habek said at a press conference. “Let’s hope it will continue at the EU summit, which will begin on the 30th.” But he went on to say, “But it’s already starting to break.”

The European Commission recently proposed a sixth round of sanctions against Russia that would stop importing Russian crude oil and petroleum products. However, Hungary opposed it, and member countries proposed a compromise to include Russian oil shipments by sea in the embargo but allow them to be transported through pipelines, Reuters said. The move is a grace period for Hungary, which is an inland country and cannot import crude oil through the sea. As Hungary is adamantly opposed to banning Russian crude oil, a compromise was even proposed to make Hungary an exception. However, it is unclear whether an agreement will be reached before the summit due to the backlash that it is against equity.

Earlier this month, the EU Commission proposed a sixth sanctions plan that included phasing out Russian oil imports for the next six months and cutting imports of petroleum products in January next year, but discussions have not progressed for nearly a month as Hungary has set back.

Leaders of 27 EU member states will hold a special meeting in Brussels, Belgium, from the 30th to the 31st to discuss Ukraine and energy issues. EU leaders will discuss new sanctions against Russia at the meeting, and the new measures could include a Russian oil embargo, Reuters said.