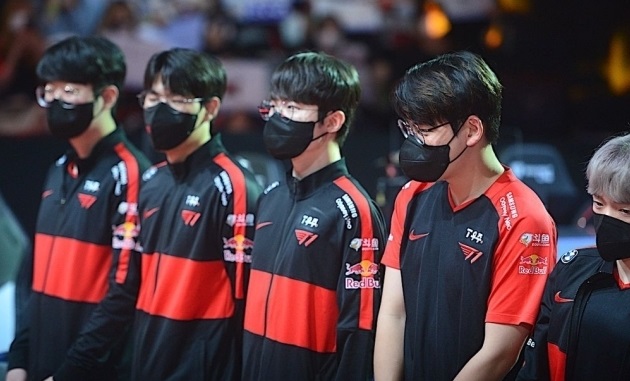 T1’s 2022 stove league simply went back and forth between cold and hot baths. Looking back on the announcement of the appointment of coaches, the community has become uncontrollably cold, but the e-sports community has heated up when news of “Faker” Lee Sang-hyuk’s three-year contract was reported.

“Faker” Lee Sang-hyuk, dubbed the LOL emperor, stepped up to end team-related misunderstandings over the past three years, including the eventful 2022 season. He suggested communication with fans to the team, and T1 management accepted his proposal. T1 has taken the first step in two-way communication with fans.

It was a short time of about 42 minutes, but it was a place where I could feel more sincerity than ever. Lee Sang-hyuk said, “I thought I needed time to communicate with the fans, so I offered a seat. I wanted to talk about a series of issues that fans could have put on top of. Looking at the community recently, I am aware of the team’s fault or complaints about the appointment of coaches. “I made an explanation in the hope that the team would do well,” he said, conveying the background of the surprise live.

CEO Joe Marsh said, “I’d like to thank ‘Faker’ Lee Sang-hyuk for this great opportunity. I have to go back to the evening flight, so I ask for your understanding that I don’t have much time, he said. “First of all, I want to apologize to the fans.” What I said to fans and the public on Twitter was hurtful. For example, I would like to apologize for causing division and confusion by limiting the number of people who led the truck protests to 100. “I posted a discode apology last summer, but I apologize to the players, but I take this opportunity to apologize again,” he said, lowering his head for his rash actions.

First of all, the live talk began in earnest while explaining the background of the appointment of coach “Tom” Lim Jae-hyun. CEO Joe Marsh explained the team’s trial and error over the past three years. He admitted that “the appointment of a coaching staff who had won the LOL World Championship (hereinafter referred to as the LOL World Cup) was a mistake in management’s judgment.”

CEO Joe Marsh, who was explaining a series of processes, also added stories about the appointment of coaching staff in the 2023 season.

Lee Sang-hyuk said, “In other words, this is the place I requested to communicate with the fans. I hope both sides will communicate, not one-sided communication of the team. I know and understand the anger of the fans about the truck protest. “I want you to acknowledge the company’s shortcomings and think about what you are good at,” he said.

He then said, “I think coach Tom’s past behavior is wrong, but there are some areas where appointing a coach is best right now. Looking at the truck will hurt the coaches. I think it’s a good meaning for the fans, but I feel bad, he said, expressing his thoughts on the appointment of coach Lim Jae-hyun.

Finally, Lee Sang-hyuk answered the misunderstanding about Banpick. “In the case of the van pick issue, there are some cases where the coaches listened to the players’ opinions. Obviously, there are cases where it is the players’ fault and everyone’s fault. Coach Moment also made a lot of effort at Worlds. I felt sorry for him