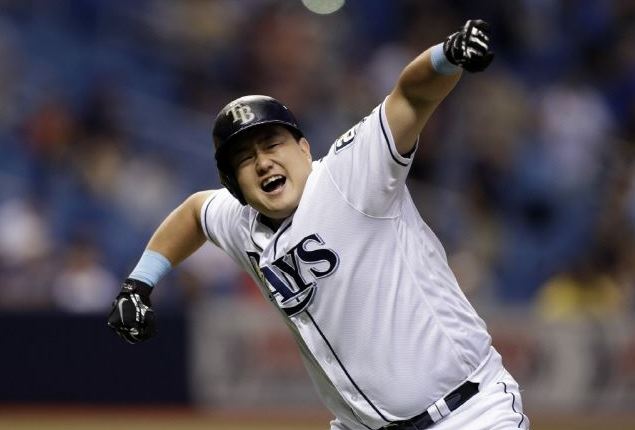 The consolation was that the batting line exploded late in the top of the ninth inning, with Choi Ji-man (30).

Tampa Bay lost 8-20 in an away game against the Boston Red Sox in the 2021 Major League Baseball (MLB) at Fenway Park in Boston, Massachusetts on the 11th.

Tampa Bay was hit by catcher Francisco Mehia, who pitched for the third time in the bottom of the eighth inning, with six runs in the first inning.

Tampa Bay, which was close to 70 wins, suffered its 45th defeat (69 wins) in the season due to a humiliating defeat.

He failed to win six games in a row, and the gap with Boston (66-50), the second-ranked player in the world, narrowed to four games.

Choi Ji-man, who started as the second batter and first baseman, recorded one hit, one strikeout and one run in five at-bats, falling his batting average from 0.243 to 0.242.

However, in his fourth at-bats, he hit his 44th hit of the season. Choi Ji-man was the leadoff hitter in the top of the ninth inning, trailing 1-20 and hit Philips Valdes’ first pitch to first base.

The Tampa Bay lineup, which had been silent with three hits (one home run) until the eighth inning, exploded after Choi Man-man’s on-base run, making up for seven runs with Brett Phillips’ grand slam.

But the gap was already too wide. Choi Ji-man, who got a chance to hit again in the order of hitters, was out on a grounder by second baseman, and the game ended.