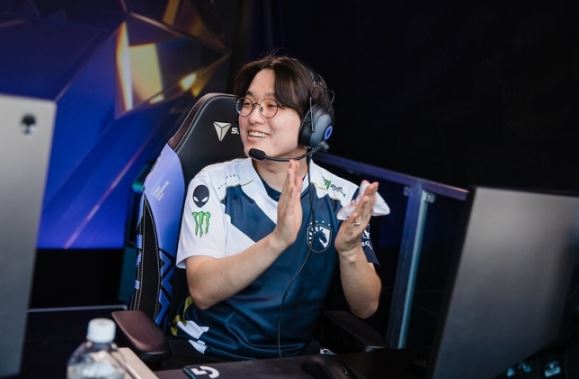 Team Liquid, which formed a super team this year but failed to advance to the World Championship (LOL World Cup), completed a Korean-oriented roster.

Team Liquid announced its lineup for the 2023 season on its official SNS on the 3rd (Korea time). Team Liquid, which has already appointed “Marine” Jang Kyung-hwan as its coach, recruited “Rainover” Kim Eui-jin as its coach, followed by “Summit” Park Woo-tae for the top and “Mark” Hong Chang-hyun for the jungle. In addition, he completed a Korean-oriented roster by calling up existing members “Core Jangjeon” Cho Yong-in and Korean players “Harry” Harry Kang and “Yeon” Sean Sung.

And Team Liquid announced the Korean-oriented roster announced on the 3rd. If Hong Chang-hyun, who experienced the LOL World Cup title to veteran Cho Yong-in and Park Woo-tae, who played in LCS, creates good synergy, rookies “Harry” and “Yeon” are also expected to show good performance.

In particular, both Korean-Australian “Harry” and Korean-American “Yeon” are known to be able to communicate in Korean, so there is no big problem in terms of in-game communication. If we take advantage of these advantages and coordinate the team as soon as possible, we will be able to perform well in the upcoming LCS.

In the case of Jang Kyung-hwan, who took the helm of the team, there is an element of anxiety that this is his first leadership life. However, if the extraordinary view of watching games that has continued since his active career leads to appropriate feedback, it can produce positive results.

Team Liquid’s new direction, which failed as a super team, was a Korean-oriented roster. Expectations for Team Liquid’s unconventional lineup are also growing as Korean players have long been regarded as the best talent on the League of Legends professional stage. Attention is focusing on how Team Liquid will perform in 2023.