The identity of Kang Su-Jeong who revealed Kang Dong-won 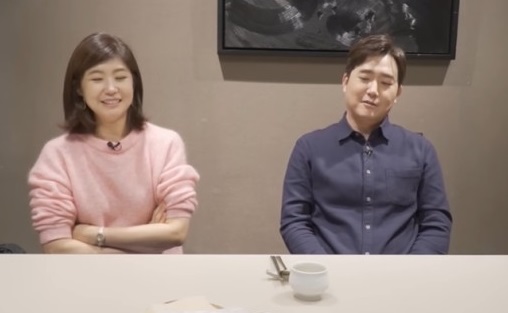 The identity of Kang Su-Jeong who revealed Kang Dong-won by selling him and increasing the number of clicks.

On the 11th, a video titled “I had a meal with my brother” was released on Kang Soo-jung’s YouTube channel.

First, Kang Soo-jung said, “Thank you for coming out of Kang Dong-won’s appearance. Kang Dong-won said hello, and Kang Dong-won made people laugh by showing his forced (?) kindness, saying, “I have to come out when my younger brother wants to broadcast.”

The two people sitting side by side said, “It’s the first time in 15 years to have a two-shot,” adding, “I’ve filmed a broadcast together once before, but it was edited. It’s a time when I didn’t know anything about broadcasting. At that time, I think I didn’t know well and just took a pose. “I suffered for more than 30 minutes, but it was edited out,” he recalled.

Kang Soo-jung made her brother upset by saying in the past tense that his brother Kang Dong-won was really handsome when he was young. In response, Kang Dong-won said, “I am a typical case of a COVID-19 confirmed case. “I gained 7kg during the three years of COVID-19,” he said. However, Kang Soo-jung said, “Don’t respond to these words. “I’ve gained some weight since a long time ago,” he said frankly.

In particular, Kang Soo-jung’s brother said, “It’s an honor” to actor Kang Dong-won, who has the same name as him, and Kang Soo-jung said, “You’re good at social life, aren’t you?”In fact, thanks to him, people quickly remembered my brother’s name,” he said.

Kang Dong-won then pointed out, “Su-Jeong also sold her brother thanks to him and increased the number of clicks,” and Kang Soo-jung said, “Now this is also my brother’s arm.” I’m going to increase the number of YouTube clicks. Thank you Kang Dong-won, and I want a three-way meeting someday. Let’s meet. Dongwon,” he suggested the meeting, and Kang Dong-won also appeared to agree.

Kang Dong-won, who recalled his school days, said, “My brother has taken care of me since a long time ago. She was more like an older sister than a younger sister. “In fact, I never bought my own clothes until I got a job or until Su-Jeong got married,” he said. “My mom or sister bought it for me. I wasn’t a mama’s boy, but they told me not to wear it when I try to buy something. “I was interfered a lot, and I felt like I had two mothers,” he said adding, “But my sister got married and became comfortable.” “That interest went to my husband,” he said generously.