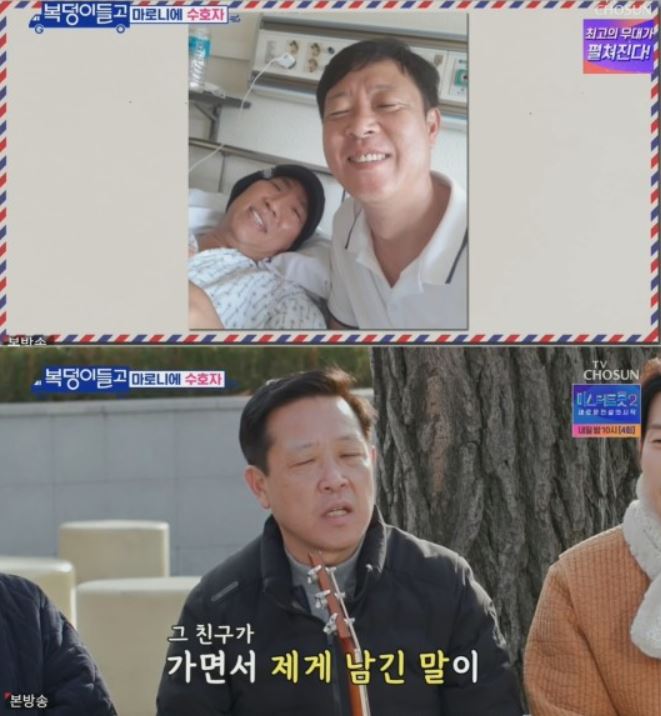 Singer Yoon Hyo-sang unveiled the will of comedian and singer Kim Chul-min, who died of lung cancer.

Yoon Hyo-sang, a ‘busking legend’ at Marronnier Park in Hyehwa-dong, Seoul, said, “I’ve been performing for 33 years. It was in Daehak-ro from the beginning. It was after the army was discharged. At first, there was no guitar.

“But he had lung cancer, so he couldn’t help but win and went to the sky around this time in December 2021,” he said.

Yoon Hyo-sang said, “The word that he left to me until the end was ‘Hyo-sang.’ “I can’t win and go to heaven, but please protect Daehak-ro until the end,” he said, confessing that Kim Chul-min took over the guitar he had in his life.

“I’ve done many things for my living, but I ended up in Daehak-ro,” he said adding, “I missed people’s laughter every time.” I think that was the driving force. This is the same place as my master bedroom. Although it is cold now, calm and warmth come. “If I laugh like that, I feel full,” he expressed his affection.

The late Kim Chul-min died on December 16, 2021, at the hospice ward of the Nuclear Hospital in Nowon-gu, Seoul, at the age of 54 after fighting lung cancer for three years.

Kim Chul-min, who debuted as a comedian for the 5th open recruitment of MBC in 1994, has also appeared in MBC’s comedy program “Gagya” and the movie “Cheongdam Bodhisattva,” is also the biological younger brother of the impersonator, the late singer Neohoon (Kim Gap-soon).

Kim Chul-min, who saddened many people by the news of his lung cancer fight in 2019, also drew attention by saying he would challenge a treatment using fenbendazole, a dog anthelmintic.

The late Kim Chul-min, who continued to dream of returning to his career as a singer. His colleagues and many others wished him a complete recovery, but he died while fighting lung cancer and touched the hearts of his colleagues and fans in the entertainment industry.