THE SHY and the winning team, V5, completely defeated 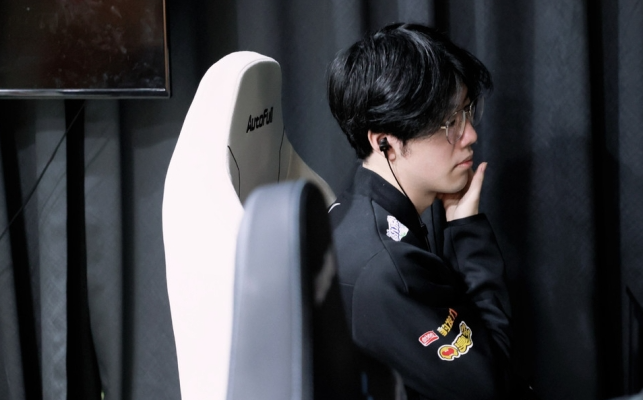 THE SHY and the winning team, V5, completely defeated

There was no “all-win march” in front of the super-defeated king.

In particular, in the three games, Weibo Gaming, which was led by The Shy’s force, made an unexpected turn to beat Rookie’s Victory 5, which was on a winning march.

In the first set, Huanfeng’s superplay turned V5’s overwhelming fighting power into nothing.

In the 20th minute of the game, the V5 unilaterally caught three people (The Shy-Sophm-Juanfeng) and won a landslide victory over Weibo Gaming’s Mead 1st Tower.

However, Juan Feng (Sena), who died in the war, used his ultimate weapon to catch Casa (Lissin), and wrote a miracle of stealing into the darkness (Q) that penetrated the baron that his opponent was trying.

After a great victory, the V5, which put everything on the line with a high probability, was distorted by Juan Feng’s superplay.

Dershy (Jacks), who gained momentum amid his teammate’s strong performance, was responsible for the team’s set victory by intensively aiming for Richie (Gwen) in a split push and the opponent Portic (Aphelios) in a series of hits.

Even in the second set, The Shy (Fiora) shone.

The V5, which took the lead amid overwhelming pressure from Rookie (Azir) on the midline, crushed the early stage by monopolizing the two-player, two-player messenger. The Shy left the team behind and fought hard to reverse the unfavorable trend by winning a series of tower rewards.

In fact, even though V5 won consecutive battles, including differences in turret shields in the early stages, it failed to widen the global gold gap by less than 2,000 points.

However, in the 24th minute, Weibo Gaming, where The Shai, the only hope, allowed Richie (Sejuani) to kill solo, sank.

Is it because of a critical mistake? In the third set, the “super-defeat king” who single-handedly collapsed EDG appeared again last spring.

The Shay (Nar) allowed the gang to play in just three minutes, but the flow was tilted by showing a fantastic play that sucked in the opponent Rookie (Azir) in the 8th minute of Rookie-Casa’s attack on the top line in the 13th minute.

He dodged Azir’s imperial camp (R) with fine control and jumped over it (E). Afterwards, even Casa (Trundle), who tried to save Rookie after driving him to the wall, is a towerCaptured through Eve and died heroically. It was a bonus that consumed the opponent Richie (right)’s teleport.

Since then, The Shy has played a decisive role in the victory by shaking the V5 by avoiding the opponent’s gangster-roaming several times and solo killing Richie (right) in the split push situation.

On the other hand, Rookie, who was swayed by The Shy, failed to record a single kill-assist until the 20th minute, and Casa also lost all the objects.

In the end, WBG, which acquired both Elder and Baron in the 32nd minute amid The Shy’s split push that broke all the opponent’s inhibitors, ended the game by hitting the main team of V5.

WBG, which beat the winning team V5, jumped to seventh place (6 wins, 4 losses, set +2). On the other hand, the V5, which kept the top spot (9 wins and 1 loss, +15 sets) despite its defeat, ended its winning streak with the homework of “strong top liner.”

Meanwhile, in the first game, the FPX’s victory march, which took place immediately after joining the Summit, also ended.

FPX won the first set with Summit (Nar)’s strong performance, but gave up the second set to “Akali Artisan” Krem, and in the third set, he chose a champion who was far from Twisted Fate.