There’s no doubt about Pochettino’s comeback 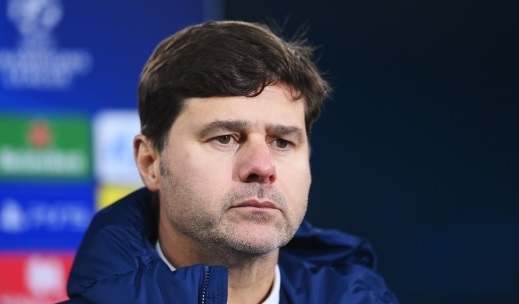 There’s no doubt about Pochettino’s comeback after leaving Conte

Mauricio Pochettino’s return to Tottenham has been reported.

Tottenham, led by head coach Antonio Conte, is ranked fourth in the English Premier League (EPL) this season. In the UEFA Champions League (UCL), they passed the group stage and advanced to the round of 16. As a result of the draw, they will face AC Milan in the round of 16.

Unlike his performance, his performance is not satisfactory. Conte uses a mixture of 3-5-2 and 3-4-3 formations based on the 3-back. However, defensive instability remains, and Harry Kane is highly dependent on offense. Kane’s burden has increased as Son Heung-min failed to show a perfect performance at the beginning of the season.

Tottenham are actively reinforcing their players this summer. In addition to Hishalisong, Yves Bisuma and Ivan Perisic were embraced. However, the recruitment effect is not as effective as expected. Conte also revealed the limitations of the squad, saying that more recruitment is needed than now.

Conte’s contract with Tottenham ends this year. Conte has expressed his desire to remain at Tottenham, but negotiations on renewing his contract have not been made easily. “Coach Conte does not want a long-term contract,” said Paul Robinson, a former Tottenham native.

Mauricio Pochettino, who led the team in the past, was mentioned as the successor to Conte, who did not renew his contract well. “If Klopp leaves the team, Pochettino will undoubtedly be connected to Tottenham,” England’s Football London reported on the 1st (Korea Standard Time).

Pochettino led Tottenham from 2014 to 2019. He led Tottenham’s heyday and finished second in the UEFA Champions League in the 2018-19 season. However, he was sluggish the following season and left the team and took over as coach of Paris Saint-Germain (PSG).

Pochettino, who failed to show his leadership at Tottenham, was replaced by PSG at the end of last season. Pochettino, who has been unemployed since then, recently expressed his willingness to return to England, saying, “I want to go back to the Premier League.”