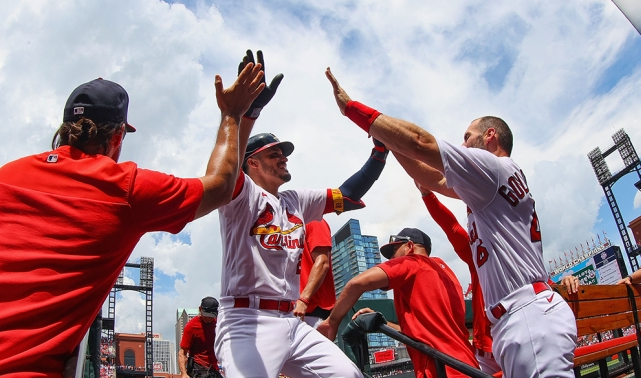 Three straight sweeps for St.Louis and Yankees…1st place in the NL Central

The St. Louis Cardinals succeeded in sweeping with wins in the inter-league against the powerful New York Yankees and won seven consecutive games.

The St. Louis team won 12-9 in the final game of the 2022 Major League Baseball against the Yankees at Bush Stadium in St. Louis, Missouri, on the 8th (Korea Standard Time). He won all three consecutive games and remained the sole No. 1 player in the Central District of the National League.

Ace Adam Wainwright took the mound as the starting pitcher. However, he got eight hits in four innings and collapsed with six runs. However, he did not become a losing pitcher thanks to the help of the batters.

Since then, bullpen pitchers have allowed three runs, but they have won 12-9 without narrowing the gap further, and St. Louis has won seven consecutive games against Sweep in three consecutive games.

“The team is playing good baseball now,” said Arenado, who hit a three-run four. I think I’m playing complete baseball. The performance has been very good recently. “I will try to play better, throw better and defend in the second half,” he said. St.Louis

On the other hand, the Yankees have fallen into a shocking five-game losing streak. It was the overwhelming first place in the Major League. However, the momentum has been greatly reduced at present. The starting pitcher was Frankie Montas, the biggest player in the trade market, but he collapsed with five hits and six runs in three innings.