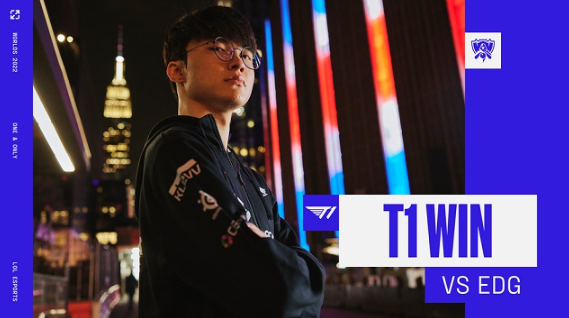 LCS is the first division of League of Legends (LoL) e-sports North America. Professional gamers-turned-American Scarra (real name William Lee, 33) and Kobe (Sam Hartman Kenzler, 36) appeared on the Internet broadcast “Offline TV” on the 24th and exchanged what they knew about “whether the LCS team offered a blank check to Faker.”

“White check” means infinite trust given by saying, “Write down the amount you want.” After retiring from active duty, Skara works as a influencer with 1.67 million SNS subscribers. Corby has established himself as one of the English commentators representing League of Legends. The opinions collected by the two through “Offline TV” are as follows.

▲ (Even if it is not necessarily LCS), Faker did not leave (his old team T1) even though he was offered a blank check several times. It is strange to most people who value money.

▲A year or two ago, TSM, one of the LCS game teams, made a huge offer (to Faker). At that time, the truth was not confirmed.

▲ (The LCS’s proposal for a blank check for Faker itself) is true. It may not be TSM, but it’s a maximum of two teams.

▲Another LCS game team, Team Liquid, seems to have offered a large sum of money to a star in Korea’s top two in the Midlane position. It’s not clear who it is. I don’t know if it’s Faker.

Meanwhile, captain Faker Leeha T1 has advanced to the semifinals of the 2022 League of Legends World Championship (LOL World Cup). He will play against Jingdong (China) in the semifinals at State Farm Arena (maximum capacity of 21,000) in Atlanta, Georgia, on the 30th.