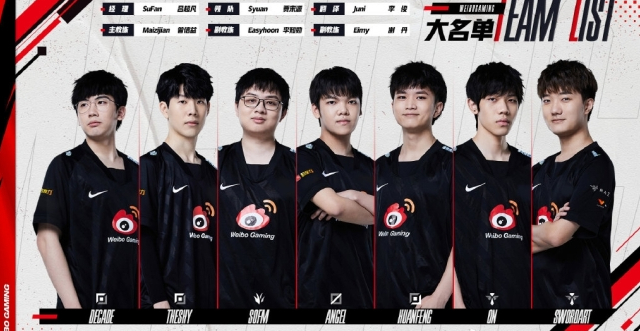 WeiboGaming has announced the 2022 LPL roster. It is characterized by calling up top liner “Decade” Jang Hwa-shin, who was in the second division.

Weibo Gaming, which finished sixth with 11 wins and 5 losses (+7), defeated Edward Gaming (EDG) 3-1 in the second round of the playoffs, but failed to advance to the fourth round due to a 2–3 loss to Jingdong Gaming (JDG).

“Decade” Jang Hwa-shin, who was registered in the first division this time, made his debut at the Leaning Gaming (LNG) Academy in 2019 and played in the Demacia Cup in December last year, but spent the spring season in the second division.