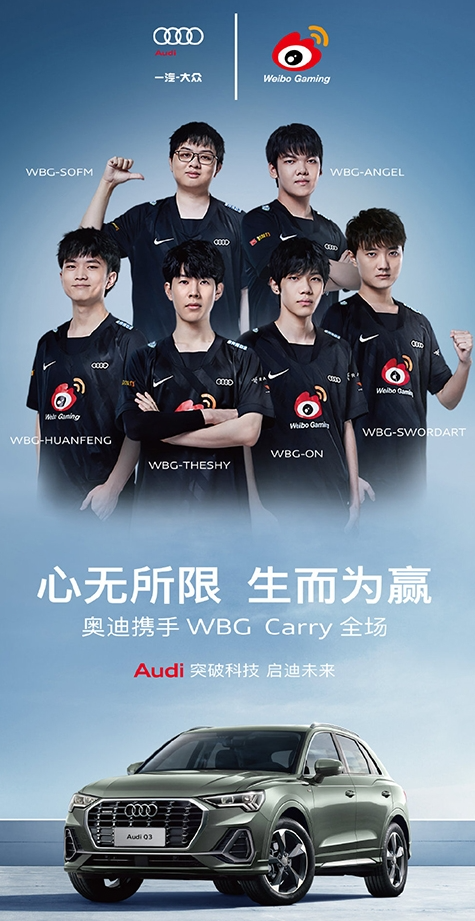 WeiboGaming has joined hands with Audi, a global car brand.

WeiboGaming announced on its SNS on the 7th that it has signed a sponsorship contract with Audi.

WeiboGaming, founded by Weibo, a Chinese social networking and microblogging site, acquired Suning, includes “The Shy” Kang Seung-rok. He recorded 11 wins and 5 losses (+7) in the LPL Springers, losing 2–3 to JDG in the third round of the playoffs.

Audi is the second automaker to sign a contract with an e-sports game team after BMW and KIA. BMW is sponsoring T1, G2 e-sports, FPX, Cloud Nine, and KIA Damwon Gaming. This is the first time for an Audi.