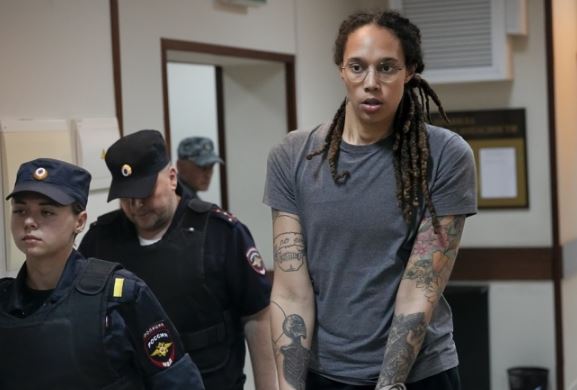 The Associated Press reported on the 9th (local time), citing Greiner’s legal representative, that Britney Greiner (32, USA), a U.S. women’s professional basketball (WNBA) star who was imprisoned for drug possession in Russia, has been transferred from detention to detention center.

The legal representative said Greiner was sentenced to nine years in prison at an appeals court last month and was transferred to a detention center in the Iksha area, about 45 kilometers north of Moscow, on the 4th.

The legal representative added that he did not know where the camp where Greener would be transported or where it is currently.

She was arrested in mid-February this year on suspicion of drug smuggling on her way to Russia via Moscow airport after her vacation from the United States. Russian authorities said a liquid cartridge containing cannabis extraction oil was found in his bag.

Greener protested that his detention in Russia was unfair, saying that he had been prescribed medical cannabis by a doctor to treat the pain caused by his injury during a short break.

Greener, who was on trial in custody, appealed when he was sentenced to nine years in prison in August, but the second trial court also refused to accept his claim.

The U.S. government says it is unacceptable for Greiner to be sentenced to prison and that it will find all ways to bring him safely.