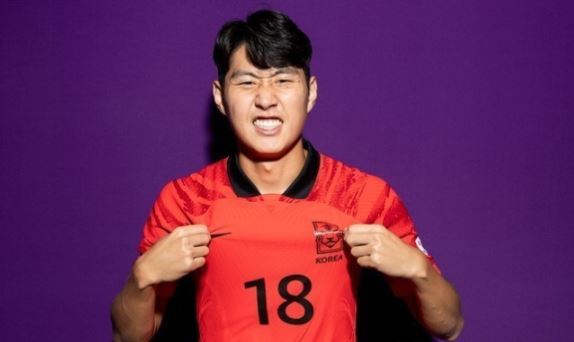 Wolverhampton participated in the competition to recruit Lee Kangin.

Lee Kangin, who left Valencia last summer and came to Real Mallorca, had a hard time. He was a key player at the beginning of the season, but he was gradually pushed back because he could not make a big impression. After Javier Aguirre came, he became a bench resource. He played this season while his position was unstable, but he has changed completely. Lee Kang-in has become the core of Majorca. He was in charge of Majorca midfield, crossing left, right, and center.

The role of Lee Kang-in in Aguirre’s tactics was important. Majorca lowered the line completely and then launched the attack with a small number in the event of a counterattack, and Lee Kang-in’s kick ability was a great help. It made space by connecting the ball to the front at once or drawing defensive attention with a quick conversion. It was excellent in decompression and dribbling, and showed its presence in set piece situations.

Striker Vedat Muriki also had good chemistry. The defensive part, which was a disadvantage, was also remarkably improved, drawing praise. Lee Kang-in, who showed a clear improvement, played in all 14 games played by Mallorca this season and scored two goals and three assists, building up his offensive points well. Paulo Bento, who rarely selected for the national team, also put Lee Kang-in on the final list of the 2022 FIFA Qatar World Cup.

He also showed good performance as a Joker in the World Cup. Born in 2001, Lee Kang-in, who is still young, is growing with various experiences. Other teams are very interested. It is connected to Newcastle United and others. Wolverhampton also emerged as a candidate. Wolverhampton have replaced Bruno Raj and are working on a new round under Julen Lopetegui. Escaping the last place is a priority, but it seems to be aiming for Lee Kang-in from a long-term perspective.

The British Football Fancast said on the 28th (Korea Standard Time), “Coach Lopetegui, who became the new head of Wolverhampton, wants a new contract, one of which is Lee Kang-in.” We are trying to recruit Lee Kang-in, the second David Silva. Lee Kang-in has been a target for Wolverhampton. I should have brought her when I was going out of Valencia. Lee Kang-in is a creative midfielder and his play style is similar to Silva,” he said.

“If Lee Kang-in’s creativity is added, attack resources such as Gonzalo Gedes, Diego Costa, and Daniel Podense will also improve their performance. I’m sure he’ll take on an important task at Wolverhampton. “We could become Wolverhampton’s next-generation playmaker under Lopetegui,” he said.