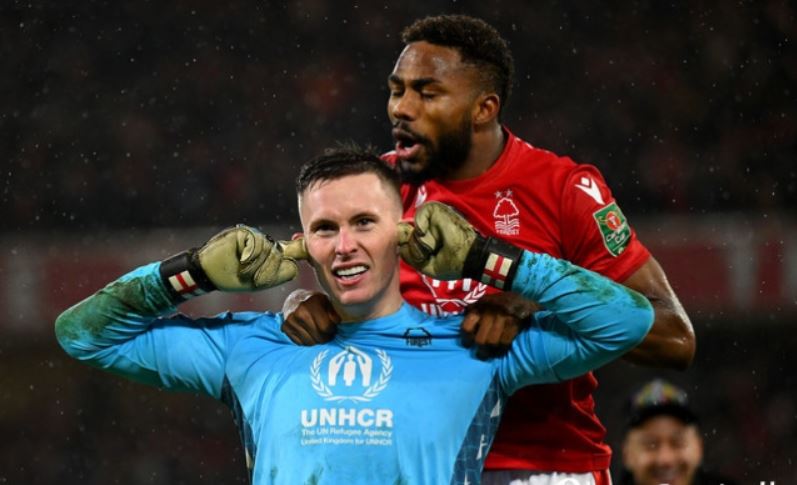 Wolves Ulin Nottingham GK Can’t Play in the Round of 4…Director Cooper, “I poured cold water on you.”

Goalkeeper Dean Henderson, who played a big role against Wolverhampton Wanderers, will not be able to appear in the semifinals.

Nottingham Forest advanced to the semifinals by winning 4-3 after a penalty shootout after a 1-1 draw with Wolverhampton in the quarterfinals of the English Football League Cup (EFL Cup) in the 2022-23 season at City Ground in Nottingham, England, at 4:45 a.m. on the 12th (Korea Standard Time).

Director Stephen Cooper also expressed regret. In an interview after the game, he said, “It’s a shame Henderson won’t be able to play. Henderson’s inability to play poured some cold water on him,” he said. In Nottingham’s 17th round match against Manchester United last month, goalkeeper Wayne Hennessy defended the goal on behalf of goalkeeper Henderson.