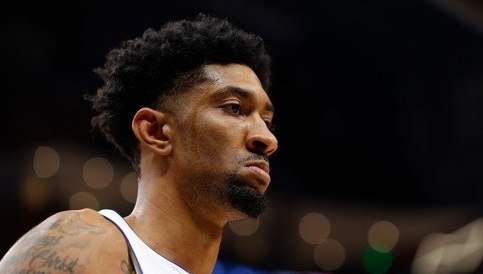 There is an old saying called ‘overzealousness’. It means a disgrace crawling under the crotch of trousers. The Korean dictionary defines a person who has a big meaning as saying that he or she does not argue with others over useless things.

Hanshin, who was a master of the Chinese Warring States Period, lived by the suit of a village when he was young. One day a bully picked a fight with him and said, “If you have the courage to kill someone, stab me with that knife. If you can’t do that, crawl under my crotch!” Hanshin then crawled out under the bully’s trouser leg without brandishing a knife. Hanshin, who later became king, said, “I was able to rise to this position because I endured the shame of crawling under the trouser leg.”

There is a Pawy forward and center called Christian Wood of the Dallas Mavericks of the National Basketball Association (NBA).

He was confident that he would be nominated in the first or second round of the 2015 NBA draft.

But his name was never called.

Even though he was suffering from frustration, he was abandoned by his girlfriend to make matters worse.

It was an indelible disgrace to Wood.

Wood, who has been struggling, has improved his skills with a 10-day NBA contract by playing in the G-League.

At last the opportunity came. It is reported that he is on the verge of an extension contract with the Dallas Mavericks.

According to U.S. media such as SI Dotcom, Dallas is considering a two-year, 36 million-dollar extension to Wood.

Wood is averaging 17.7 points and 7.9 rebounds this season. He is showing off his indispensable presence in Dallas.

What is his girlfriend thinking now when he dumped Wood for not being nominated for the NBA?