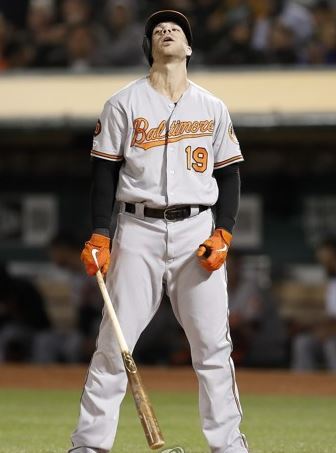 Chris Davis, 35, the worst free agent of all time, has retired with one year left on his contract with the Baltimore Orioles.

Johnson signed a four-year-53.4 million-dollar contract with Arizona ahead of 1999. Since then, Johnson has performed at an annual average of $13.35 million, the highest level at the time.

Johnson’s remarkable performance after his contract with Arizona was not easily expected by the Arizona club he paid for.

During this period, he won three ERA titles, pitched 240 innings every season, and became the strikeout king for the fourth consecutive year. 354 strikeouts per year.

Johnson also received the Cy Young Award every season from 1999 to 2002. This is the second consecutive four-year Cy Young after Greg Maddux.

The pitcher who came to the FA received the Cy Young Award throughout his contract. The veteran pitcher in his mid-thirties played no better than this.

Johnson’s performance did not end in the regular season. The peak was the 2001 postseason. Johnson won the World Series in 2001 with three wins and an ERA of 1.04.

Arizona won its first World Series title thanks to Johnson’s performance. This is why Johnson is called the best FA player of all time.

Johnson then played for Arizona until 2004, then moved to the New York Yankees, where he returned to Arizona in 2007 for two seasons.