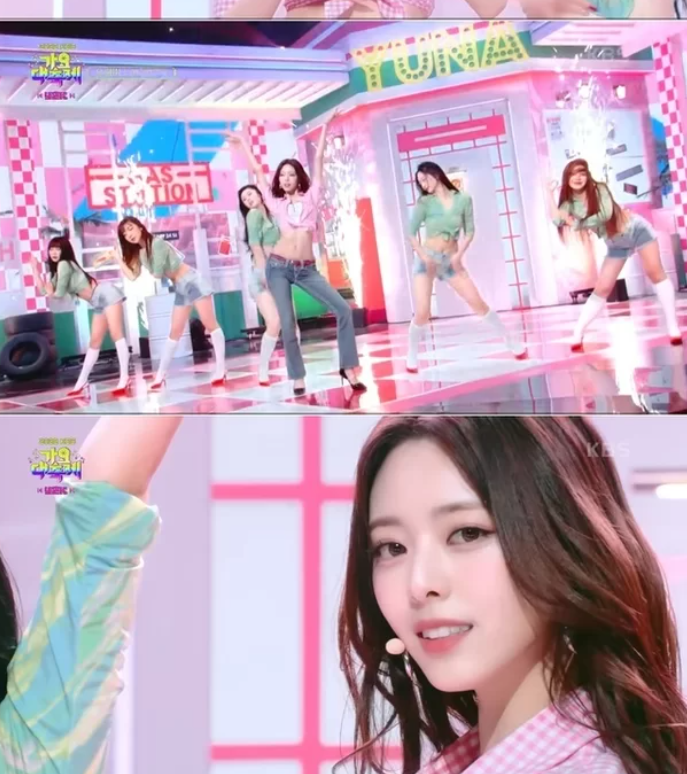 ITZY appeared at the “2022 KBS Song Festival” aired on KBS 2TV on December 16 and captivated fans around the world with a separate stage prepared together.

Those who decorated the opening of the third part showed performances of their new song “Cheshire” and “SNEAKERS” that heated up this summer, and caught the eye with thrilling actions reminiscent of the action movie “Heroine” and fresh choreography using black fedora.

Ryujin and Chaeryeong took the stage of “Y2K Hip Hop Medley” and reinterpreted Tashani’s “Warning” in a trendy way. The two members perfectly performed hip choreography like “performance masters” and gave a perfect performance of vocal, choreography, and visual.

The youngest Yuna’s performance peaked at the Song Festival. Yuna decorated the ending stage of the special unit and completed an all-time stage that adds a refreshing charm to Lee Hyo-ri’s “U-Go-Girl.” The unique cool dance line drew attention, and the Y2K styling, which reproduced the stage costume at the time, was perfect, which excited K-pop fans.

Viewers received favorable reviews such as “Legendary cover stage that only Yu-Girl Yuna in her head,” “Yuna is also perfect for fashion 10 years ago,” “I think the original singer Lee Hyo-ri will be proud,” and “K-Pop Princess in 2022.”

ITZY, which proved the modifier of “year-end ITZY,” is continuing its move like a “global popular girl group” with its recent chart record. The new album “CHESHIRE,” released on November 30, recorded 633,248 copies in its first week on the Hanteo Chart (based on the release date) and became a half-million seller, making it a career high.

will release a practice video for the Christmas version of “Cheshire” on its official YouTube channel at 0 o’clock on the 21st and a live clip of the new song “Snowy” at 0 o’clock on the 23rd and deliver rich year-end gifts. will perform in Asia, part of its first world tour “ITZY THE 1ST WORLD TOUR” from January 2023. Thanks to its recent popularity, the concert was confirmed to be held in Taiwan, and the concert tickets were sold out at the same time as the general reservation was opened on the 16th, realizing ITZY’s global ticket power.

As a result, ITZY plans to hold eight solo concerts in six Asian regions from January 14 to 15 next year in Manila, the Philippines, Singapore on February 28, Jakarta on February 4, Chiba, Japan on February 22 to 23, Taiwan on February 26, and Bangkok, Thailand on April 8.