Yang Hyun-jong left the round lock during the game. Major League call-up? 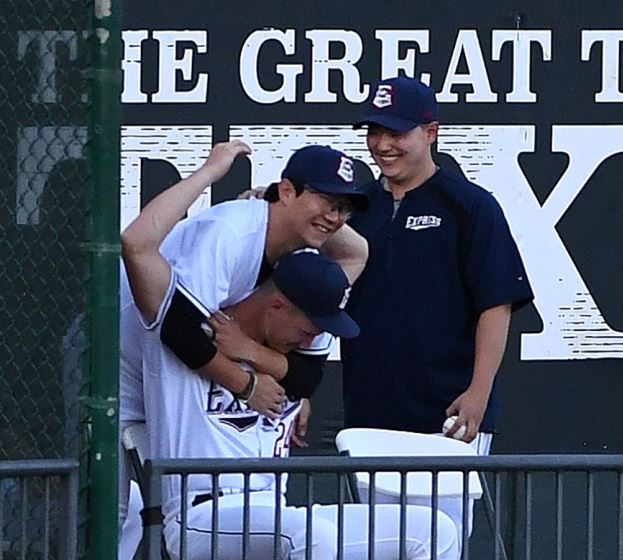 Yang Hyun-jong left the round lock during the game. Major League call-up?

‘Huh? What kind of situation is this? Don’t tell me.

The reporter who was covering the scene was bound to be suspicious. Big League call-ups.

The fact that the pitcher who was waiting in the bullpen was moving to the dugout without warming up was only to greet the coach and coach.

The reporter, who was covering near the bullpen, hurried to the dugout, and Yang Hyun jong was waiting for the end of the inning after greeting. It was to leave the stadium during airlift shift.

Most of the reasons why a player leaves the stadium while the game is in progress are trade or call-up.

When I asked Yang Hyun jong, who was leaving the stadium, “Is it call-up or moving to Texas Rangers?” he waved his hands, “It’s not decided yet.”

The reporter double checked with the Round Rock Express publicist. When asked, “Is Yang Hyun-jong moving to Texas Rangers?” Andrew Feld, a publicist, laughed out loud and said:

There is no official announcement yet. However, Yang Hyun-jong left Triple-A Stadium during the game on the 24th, and a publicist for Round Rock Express said, “Yang Hyun-jong left here now. I think it’s a good thing,” he said with a big smile.