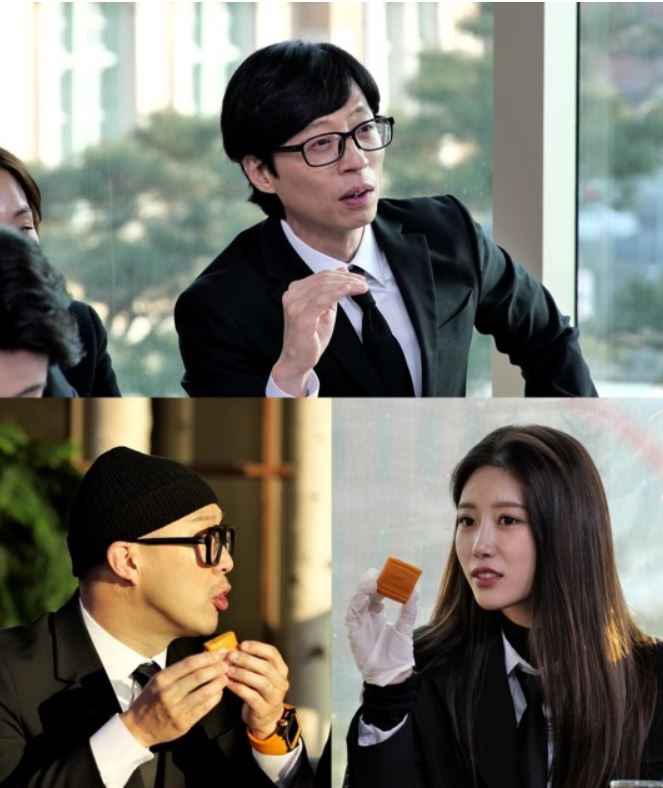 Yoo Jae-seok, “There’s everything I like” program, “What’s the point of playing” National Snack Show Special!

MBC’s entertainment show “What do you do when you play?” (directed by Park Chang-hoon, Kim Jin-yong, Jang Woo-sung, Wang Jong-seok, and Lee Min-jae/writer Choi Hye-jung) depicts agents dispatched after receiving a mission to collect snacks from Paldo across the country. Expectations are high for the “National Snack Show” episode, which will stimulate viewers’ taste buds and deliver fun during the Lunar New Year holiday.

The “National Snack Showoff” was previously restored through the “Nol something Restoration Center” and was born as an expanded idea from the “Mokpo Jjondeugi,” which drew attention. What do you do when you play?’ On the official SNS, numerous comments from viewers saying, “There are also snacks of memories in my neighborhood,” proved the hot response.

Accordingly, Yoo Jae-seok, Jung Joon-ha, Haha, Shin Bong-sun, Park Jin-joo, Lee Yi-kyung, and Lee Mi-joo become agents and are dispatched to find the best local snacks. Agents dressed in black suits are immersed in the mission as if they were under Operation 007, causing laughter.

In the meantime, agents to play something sweet by introducing snacks recommended by viewers in each region. Agents react in various ways by imagining the taste to the appearance of novel and diverse snacks.

Yoo Jae-seok smiles at a unique snack sold in a region, shouting, “I’m this.” He also said, “I have everything I like,” raising expectations by showing his excited appearance. On the other hand, agents who see mixed snacks beyond imagination are surprised with their eyes wide open. Tonight at 6:25pm.