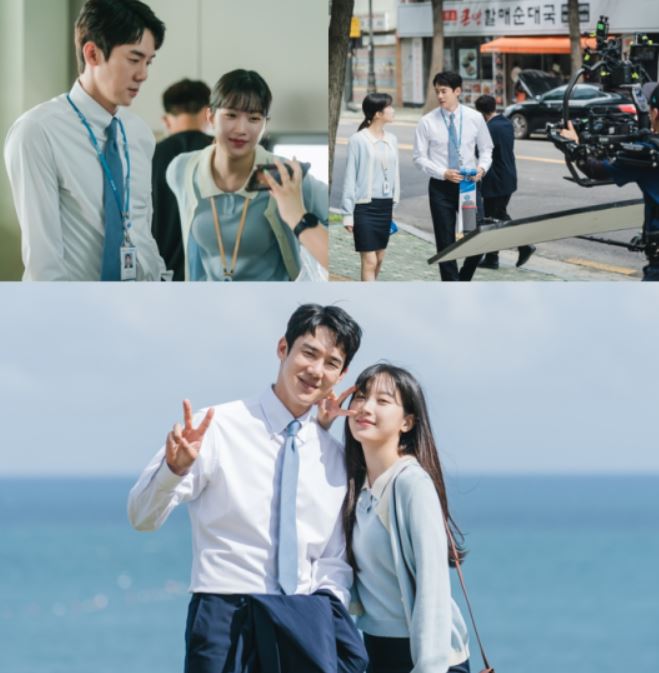 Behind-the-scenes footage of Yoo Yeon-seok and Moon Ga-young’s filming has been released.

JTBC’s Wednesday-Thursday drama “Understanding Love” is about finding true love through Ha Sang-soo (Yoo Yeon-seok), who considers love to be a constant that must be maintained under any conditions, Ahn Soo-young (Moon Ga-young), and Park Mi-kyung (Geum Sae-rok) and Jung Jong-hyun (Jung Ga-ram), who are intertwined with the two.

Each plays Ha Sang-soo by Yoo Yeon-seok, the Essence of Melo, and Moon Ga-young, the goddess of Melo, plays Ahn Soo-young, building up the narrative with her basic acting skills, rich emotional lines and eyes that capture various emotions. Moreover, it is forming a chemistry between Su-su (Sang-soo + Soo-young) couple by giving off fantastic synergy with heart-touching passion and tiki-taka.

Yoo Yeon-seok and Moon Ga-young, who are monitoring together in the released photo, have a friendly atmosphere and are full of laughter, so you can guess the bright and pleasant filming site. In addition, when the camera is turned on, it exerts a high level of concentration to increase the completeness of the drama by working on the filming.

The intimate images of the two actors drawing a V against the backdrop of the blue Jeju Island or staring at the camera with a ball heart on the bus also catch the eye. In particular, Jeju Island is considered a more special place for viewers because it was the place where Ha Sang-soo and Ahn Soo-young went on a business trip and provided an opportunity to have their first date.